Explainer: All you need to know about ‘pandemics’

Explainer: All you need to know about ‘pandemics’ 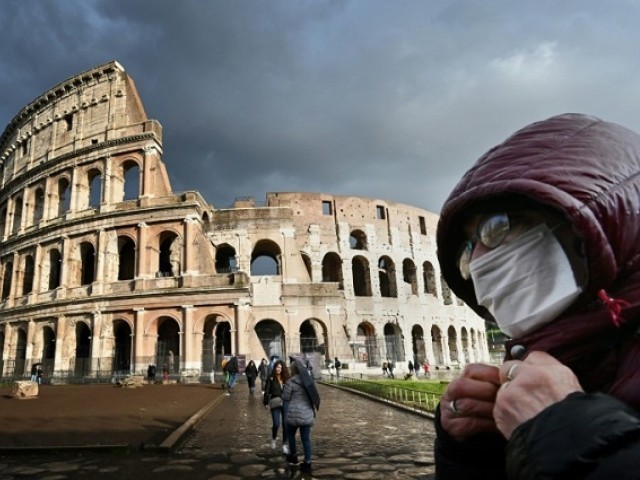 The pandemics have nothing to do with the severity of a disease but with its geographical spread. PHOTO: AFP/FILE

The term pandemic – to as much as it scares you – also needs clarity to its definition. Pandemic refers to a widespread occurrence of a disease, in excess of what might normally be expected in a geographical region – regardless to its severity.

The World Health Organisation (WHO) has declared the outbreak of COVID-19, the mysterious viral pneumonia-like disease caused by the novel coronavirus, as a pandemic.

The WHO declared a public health emergency of international concern, its “highest level of alarm”, on Jan 30 when there were fewer than 100 cases of COVID-19 outside China and eight cases of human-to-human transmission of the disease.

According to MPH Online, Cholera, bubonic plague, smallpox, and influenza are some of the most brutal killers in human history. And outbreaks of these diseases across international borders, are properly defined as pandemics, especially smallpox, which throughout history, has killed between 300-500 million people in its 12,000 year existence.

Moreover, the most recent Ebola outbreak, which claimed thousands of lives, is still confined to West Africa. It may someday be a pandemic, but for now, it’s considered as an epidemic.

Here are 10 of the worst pandemics in human history

Currently there are between 31 and 35 million people living with HIV, the vast majority of those are in Sub-Saharan Africa, where 5% of the population is infected, roughly 21 million people. Between 2005 and 2012 the annual global deaths from HIV/AIDS dropped from 2.2 million to 1.6 million.

From the first reported case on July 13, 1968 in Hong Kong, it took only 17 days before outbreaks of the virus were reported in Singapore and Vietnam, and within three months had spread to The Philippines, India, Australia, Europe, and the United States.

Asian flu was a pandemic outbreak of Influenza A of the H2N2 sub type that originated in China in 1956 and lasted until 1958. In its two-year spree, Asian flu traveled from the Chinese province of Guizhou to Singapore, Hong Kong, and the United States.

Between 1918 and 1920 a disturbingly deadly outbreak of influenza tore across the globe, infecting over a third of the world’s population and ending the lives of 20 – 50 million people.

What separated the 1918 flu pandemic from other influenza outbreaks was the victims; where influenza had always previously only killed juveniles and the elderly or already weakened patients, it had begun striking down hardy and completely healthy young adults, while leaving children and those with weaker immune systems still alive.

Like its five previous incarnations, the Sixth Cholera Pandemic originated in India where it killed over 800,000, before spreading to the Middle East, North Africa, Eastern Europe and Russia.

Originally the “Asiatic Flu” or “Russian Flu”, its first cases were observed in May 1889 in three separate and distant locations, Bukhara in Central Asia (Turkestan), Athabasca in northwestern Canada, and Greenland.

Generally considered the most deadly of the seven cholera pandemics, the third major outbreak of Cholera in the 19th century lasted from 1852 to 1860. Like the first and second pandemics, the Third Cholera Pandemic originated in India, spreading from the Ganges River Delta before tearing through Asia, Europe, North America and Africa and ending the lives of over a million people.

From 1346 to 1353 an outbreak of the Plague ravaged Europe, Africa, and Asia, with an estimated death toll between 75 and 200 million people. Originated in Asia, the plague most likely jumped continents via the fleas living on the rats that so frequently lived aboard merchant ships.

Thought to have killed perhaps half the population of Europe, the Plague of Justinian was an outbreak of the bubonic plague that afflicted the Byzantine Empire and Mediterranean port cities, killing up to 25 million people in its year long reign of terror.

Also known as the Plague of Galen, the Antonine Plague was an ancient pandemic that affected Asia Minor, Egypt, Greece, and Italy and is thought to have been either Smallpox or Measles, though the true cause is still unknown.

Pakistan to send food for stranded students in China