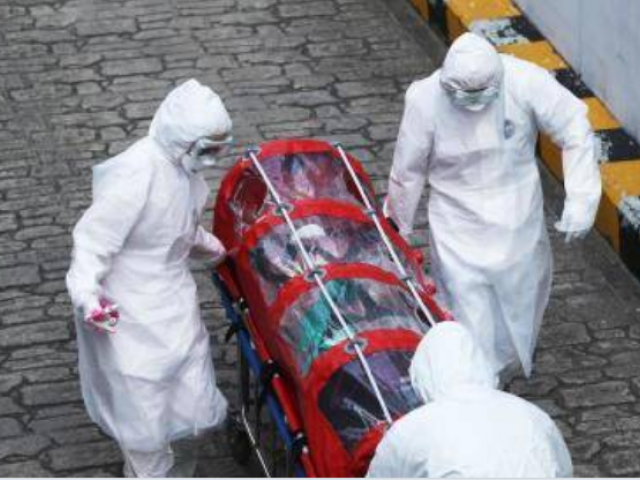 ISLAMABAD: First Pakistani patient of COVID-19, the mysterious viral pneumonia-like disease caused by the novel coronavirus, has passed away in an Italian town on Wednesday, the Foreign Office said.

Spokesperson for the Ministry of Foreign Affairs Aisha Farooqui told The Express Tribune that a 61-year-old man, identified as Imtiaz Ahmad, has died of coronavirus disease in Brescia – an Italian town in the northern Italian region of Lombardy located some 100 miles away from Milan.

The consulate has been in touch with the family and Italian authorities on this matter, the official added.

The mysterious COVID-19 virus, which originated in a vet market of the central Chinese city of Wuhan late last year, has since then spread to more than 105 countries of the world, killing over 4,200 and infecting over 115,000 people.

Italy has witnessed more than half of all the deaths recorded outside China.

The epidemic has already killed 631 people and put the country’s hospitals and the economy under severe strain.

So far 20 Pakistanis have been tested positive for COVID-19 with 15 of them belonging to Sindh, four to Gilgit-Baltistan now and one to Balochistan.

The Italian government responded to the outbreak last month by quarantining 50,000 people in 11 villages that were worst affected in the north.

That was followed on Sunday with restrictions on travel and public gatherings in Milan’s Lombardy region and surrounding areas such as Venice in which more than 15 million live and 40 per cent of the nation’s economic activity occurs.

The Lombardy measures were extended to all of the Mediterranean country’s 60 million people on Tuesday morning.

The restrictions have had a profound effect on the way Italians live and work.

The central streets of Rome were deserted on Wednesday morning and busses that are usually crammed with commuters ran almost empty.

Tourists have largely disappeared and the Vatican’s Saint Peter’s Square is closed to all but those who want to enter the main basilica to pray under its soaring dome overlooking Rome.

People have been told to keep at least a metre (three feet) from each other and handshakes are frowned upon. Italians have found themselves starting to talk to each other a few steps apart — while often laughing about the regulations along the way.

Lombardy region leader Attilio Fontana has urged the government in Rome to close all stores and public transport for 15 days across swathes of the north because “the situation is approaching a dangerous moment”.

He said only emergency services and essential services such as garbage collection should continue during the total clampdown on public life.

The government in Rome was expected to consider his request later Wednesday.

This is a developing story and will be updated accordingly