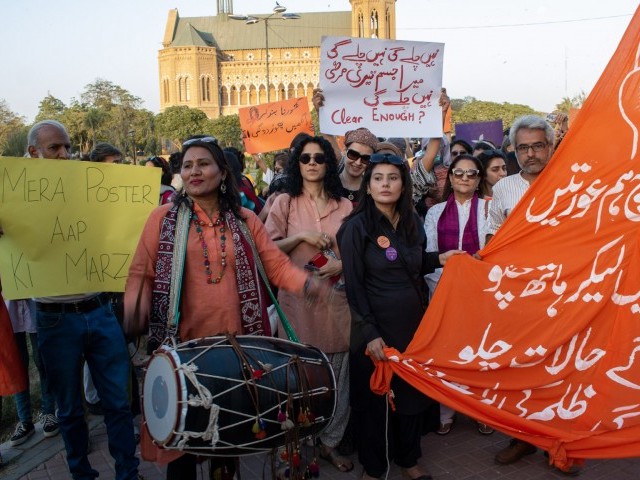 ISLAMABAD: The organisers of the Aurat March in the federal capital called Tuesday for an independent investigation into what they called was a “coordinated attack” on their rally over the weekend.

Days of mounting tensions had boiled over on Sunday when a group of counter-protesters in the federal capital hurled stones, bricks and sticks at a march marking International Women’s Day.

“It was a coordinated attack from the patriarchal and right-wing forces on the women’s movement,” said Ismat Shahjahan, one of the organisers of the event.

“We demand an independent judicial inquiry,” she added.

The police had registered a case against some 35 people late on Sunday, including organisers of the anti-feminist rally for “provoking the religious sentiments” of their followers against the Women’s Day marchers.

The march’s organisers, however, have argued that the police downplayed the severity of the attack and should have included more serious charges against suspected assailants.

In the days leading up to this year’s Islamabad rally at least two petitions were filed against the March.