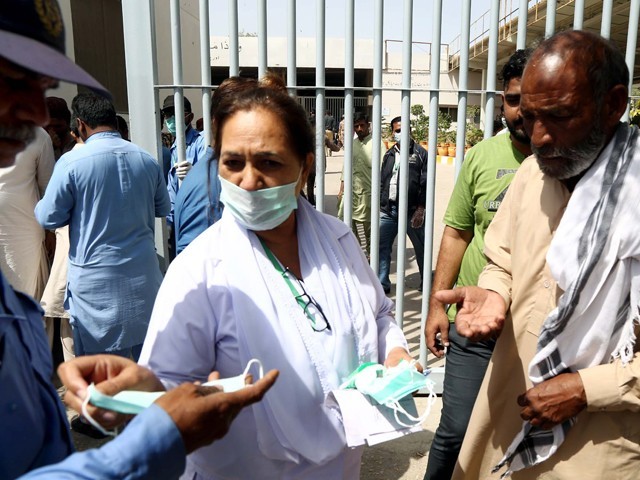 One of the patients is from Hyderabad while other one detected from Karachi. PHOTO: FILE

Two more cases of novel coronavirus emerged from Sindh on Tuesday, pushing the tally to 15 in the province and 18 in the country, the Sindh Health Department said.

“The health department is in the process of tracking down all the contacts for further testing,” the statement added.

So far 18 Pakistanis have been tested positive for COVID-19, the mysterious viral pneumonia-like disease caused by the novel coronavirus. 15 of them belong to Sindh while one has already fully recovered and discharged from the hospital in Karachi last week.

Sindh Chief Minister Murad Ali Shah has directed all government and private hospitals to share details of patients with symptoms of pneumonia so that their further medical investigations could be conducted to ensure that they have not contracted the mysterious disease.

The new case has emerged as all educational institutions in Sindh have been closed till March 13 over fears of the contagious disease’s outbreak in the province.

The mysterious COVID-19 virus, which originated in a vet market of the central Chinese city of Wuhan late last year, has since then spread to more than 100 countries of the world, killing over 3,500 and infecting around 110,000, mostly in China thus far.

No need to panic, situation is under control, says CM as coronavirus tally hits 15 in Sindh