March 9 and 10 declar­ed as holida­y for 'Hindu commun­ity only'
By ​ Our Correspondent
Published: March 8, 2020
Tweet Email 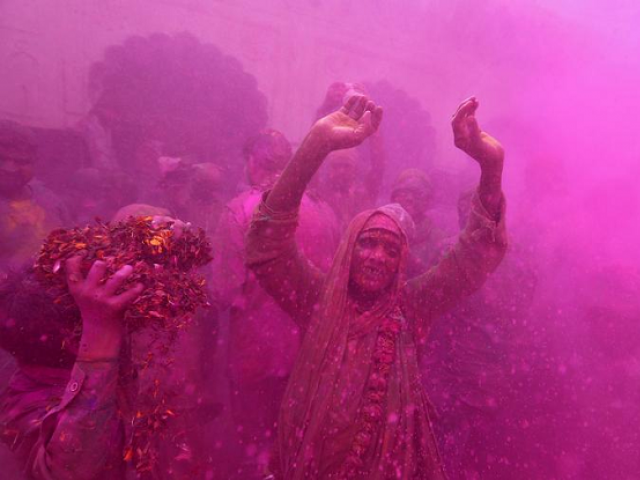 March 9 and 10 declared as holiday for 'Hindu community only'. PHOTO: REUTERS/FILE

QUETTA: Balochistan has announced a two-day holiday for the Hindu community to mark the occasion of Holi – a religious festival celebrated annually by the minority group.

In a notification issued on Sunday, Chief Minister Jam Kamal Khan declared March 9 and 10 as holiday for the “Hindu community only”.

Sindh was the first province which had declared Holi as holiday for the Hindu community of the province in 2016. Hindus make up around 2 per cent of Pakistan’s 200 million population and mostly live in Sindh.

The ancient Hindu festival of Holi, which heralds the end of winter and the victory of good over evil, is marked with a national public holiday in India and sees revellers pour onto streets.

Celebrated mainly in India, Nepal and other countries with large Hindu populations, it falls on the last full moon of winter. 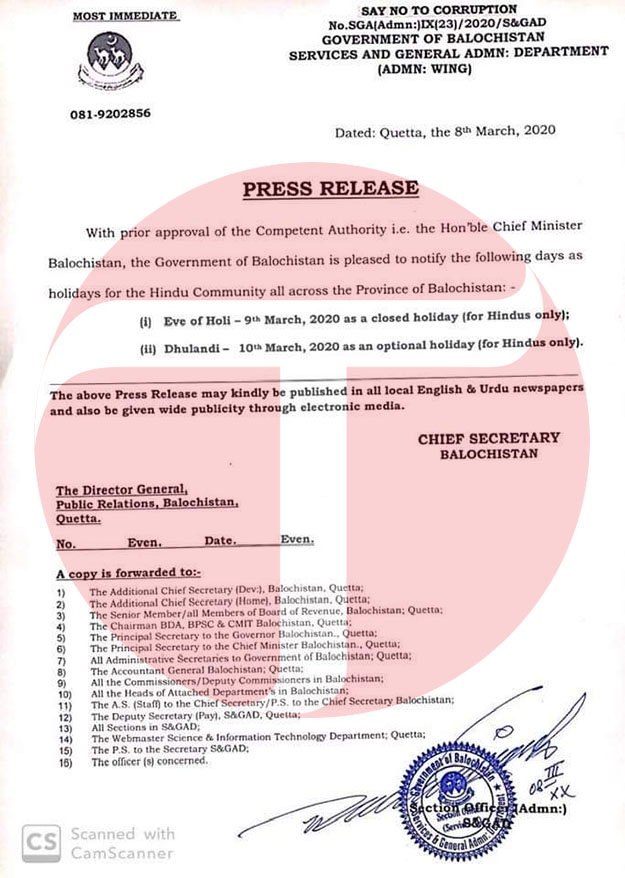