The Taliban are breaking bad

The Taliban are breaking bad

Wars come to an end with peace agreem­ents but not with peace
By Imran Jan
Published: March 5, 2020
Tweet Email 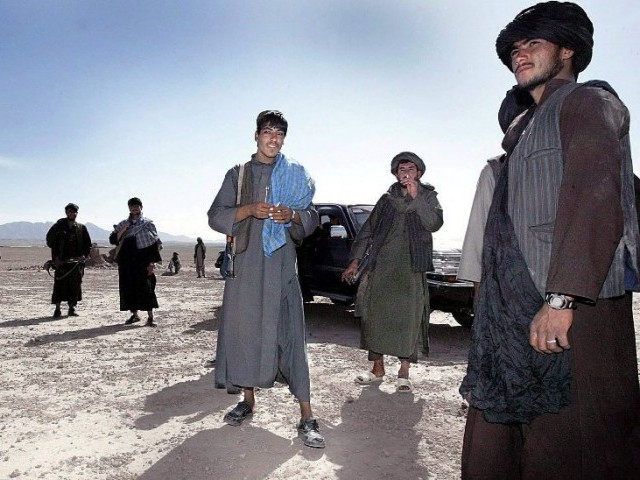 Afghanistan is like the China of war and peace. It’s been a war factory, but now we saw that peace can be manufactured there, even if for seven days. The “reduction in violence” was created to sign the deal with the Americans. The Taliban signaled to the Americans that they have the capability and credibility of keeping their word; that Afghan soil wouldn’t be allowed to be used by foreign terror groups for the planning and execution of attacks against the US.

The Kabul regime is now supposed to release 5,000 Taliban prisoners in exchange for 1,000 Afghan soldiers. But only one day after the peace deal, Ashraf Ghani said, “The government of Afghanistan has made no commitment to free 5,000 Taliban prisoners.” Ghani’s signal is not meant for the Taliban or his electorate but for the Americans. His election victory is in dispute and his fate as president in limbo. He is using this recalcitrance as a bargaining chip to ensure that he is declared the winner of the fraud-riddled election.

Taliban spokesperson Suhail Shaheen also said, “[the reduction in violence] was for making the environment conducive to sign the deal, but right now (there is) no such understanding of a cease-fire or reduction in violence.” A series of terrorist attacks have hit Afghanistan one day after Ghani tried to flex fake muscles.

The notch-up in violence by the Taliban comes as no surprise. As crazy as it sounds, it’s a welcome sign. It means the Taliban are ready to talk. It’s been their modus operandi ever since talks appeared on the horizon. They use their ability to create mayhem as their best bargaining chip. They go to the battle with guns and to the talks with battle. It’s what brought the superpower America to the table. In their mind, there is no reason they shouldn’t be breaking bad.

Furthermore, it comes as no surprise to the Americans. The American news media is heavily consumed with the minute-to-minute election news and the Pakistani media is invaded by PSL. Behind the photo-ops, I have no doubt the Americans and Taliban must have agreed to write the word ‘foreign’ in block letters: No ‘foreign’ troops to be attacked while withdrawal happens and no ‘foreign’ terror group allowed in Afghanistan after the withdrawal. Local troops are no sacred cows. Shoot them, slaughter them, go ahead and break bad.

This tacit understanding can be translated from the statement of General Scott Miller, Commander of the US forces in Afghanistan, who said that the reduction in violence “was a confidence builder”. Gen Mark Milley, Chairman of the Joint Chiefs of Staff, cautioned that “an absolute cessation” of violence in Afghanistan would be hard to come by, adding, “it’s probably not going to go to zero”.

In fact, on Tuesday, President Trump held a 30-minute phone call with Mullah Baradar. Trump described it as “a very good talk” and said “the relationship is very good that I have with the mullah”. More importantly, he said, “We’ve agreed there is no violence [against foreign troops].” Ghani’s backers are foreign, but his troops are not. He shouldn’t expect the same treatment that the foreign troops would receive. He should run and hide while he has the chance, unless he wants to become the next Najibullah Ahmedzai.

The end of this war will spread violence. When 9/11 happened, my college in Charsadda was shut down for two months anticipating the American invasion of Afghanistan. There could be a déjà vu all over again. It saddens me deeply to think that my beloved Charsadda and Peshawar, where I spent much of my adult life, would be affected badly. Wars come to an end with peace agreements but not with peace. When the drill is pulled out: things get messy all around.