If I get to live, I want to live for her: Irrfan Khan on cancer, wife

If I get to live, I want to live for her: Irrfan Khan on cancer, wife

The actor called his wife the reason he is still able to keep at it
By Entertainment Desk
Published: March 3, 2020
Tweet Email 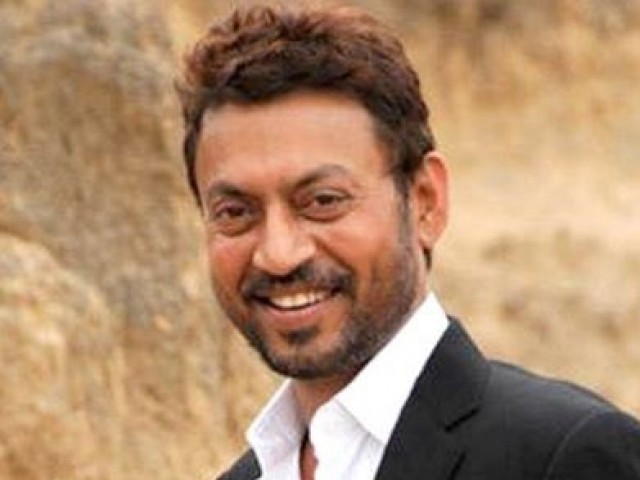 In a recent interview with Mumbai Mirror, Bollywood actor Irrfan Khan opened up about his battle with cancer, reported Hindustan Times. According to the actor, he and his family have gotten closer during the ordeal.

“It’s been a roller-coaster ride, a memorable one. Happy moments were underlined because of the inherent uncertainty. We cried a little and laughed a lot. We became one huge body,” he said.

Khan went on to talk about how crucial it was for him keep his thoughts from wandering. “You screen out noises. You are selective about what you want to filter in. I have gone through tremendous anxiety but have somehow managed to control it, then, let go. You are playing hopscotch all the time,” he said.

The Angrezi Medium actor who went out of the public eye following his diagnosis, noted that he made the best of his time away by bonding with his two sons. “ The best part is that I have had all the time literally to see them evolve. A crucial time for a teenager, like the younger one,” Khan exclaimed.

On the subject of his wife Sutapa, Khan called her “the reason” he’s still able to power through. “What to say about Sutapa (wife)? She is there 24/7. She has evolved in care-giving and if I get to live, I want to live for her. She is the reason for me to keep at it still,” he said.

Sutapa had previously written a post on Facebook where she discussed the family’s year long struggle with Khan’s cancer.  “Longest year of our life . Time was never measured with pain and hope at the same time ever. While we take our baby steps back to work,to life I am submerged in prayers wishes and faith from friends relatives strangers and a connection with universe which gives us a small chance for this new start.”

She added, “It seems unbelievable never ever I realized the meaning of the word unpredictable so well never ever I could feel peoples wishes on my bones my breath my heartbeat which helped me to stay focused and kicking.. i cant take names because there are names and there are names I don’t even know who played angels. Sorry for not been able to answer individually but I know what you mean to us.”

Khan is yet to fully recover from the illness. Last month, he sent a heartfelt video message for his fans ahead of Angrezi Medium‘s trailer release.  “This film Angrezi Medium is very special for me. I so truly wanted to promote this film with the same love with which we have made it. But there are some unwanted guests in my body… Whatever happens, I will share it with you all…And with this positivity, we made this film. I hope it will give you something and make you laugh, cry and probably laugh again. Enjoy the trailer and be kind to each other and watch the film. And yes, wait for me.”