Afghan peace deal and the hazards ahead

Afghan peace deal and the hazards ahead

A major issue that might derail the peace plan is the inabil­ity of the US to adhere to the schedu­le of withdr­awal
By Rustam Shah Mohmand
Published: February 28, 2020
Tweet Email 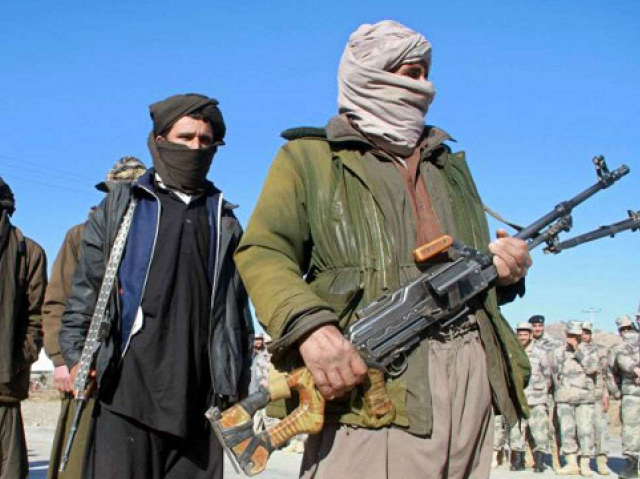 The long-awaited ceasefire between the US and the Taliban is finally underway, since the midnight of February 22. The “reduction in violence” is set to last a week. If this works out well and there is a visible decrease in the number of US bombings and Taliban attacks, an agreement will be signed in Doha, Qatar, on February 29, 2020.

The deal is a culmination of long and arduous negotiations spread over more than a year. In some ways, Islamabad created a conducive ambience for the two parties to come together and seek the path to reconciliation.

The agreement will lay down a timeframe for the withdrawal of all foreign forces in return for Taliban guarantees that the Afghan soil would not be used by any militant group against any country, especially the US. The agreement will stipulate that about 5,000 Taliban prisoners, now under detention in government prisons, be released. The Taliban will also reciprocate by setting free about 1,000 members of the Afghan army and police. But that is the easy part.

There are many challenges that will come to light as the Taliban and other factions meet to strive to create a consensus on the many contentious issues they face.

The most intractable of these would be the manner in which the Taliban will be mainstreamed into the government as it is likely to demand a part in a multi-ethnic government in place of the current dispensation, in which they would be the dominant players. This would not be easy to sell. Not only will the Kabul regime, but other factions too will have to be convinced into accepting such demands.

As the intra-Afghan dialogue gets underway, the Taliban and the government forces, including the US, will be expected to observe a long ceasefire. However, the question remains: will the Taliban agree to such a long pause?

What will the fate of the Afghan army and police be if a new government, based on reconciliation, is created? Obviously, an Afghanistan where there is no conflict or insurgency will not need to maintain such a big army. Another issue would be the fate of those warlords who have been charged with war crimes. This list includes many influential commanders.

The issue of the Taliban fighters would perhaps be easier to resolve because they will either return to their villages or be inducted into government institutions.

These myriad obstacles to lasting peace will only be resolved if there are no spoilers. Those who do not agree to the reconciliation process may try to sabotage it by either sowing the seeds of discord or by launching surreptitious attacks that could be blamed onto the Taliban. The Afghan government may also create impediments if it is in danger of being sidelined as a consequence of rapprochement.

Yet, another major issue that might derail the peace plan is the inability of the US to adhere to the schedule of withdrawal.

Hopefully these problems, difficult though they are, would be resolved given the fact that there is an overwhelming desire for peace across the country after four decades of conflict. There is a sense of optimism in the air after Sirajuddin Haqqani’s article was published in The New York Times. In that, he expressed hope for a breakthrough in the peace talks and hinted at the possibility of a broad-based government. He has also spoken of a robust relationship with the US after the conflict is over and peace has returned to Afghanistan.

Most Afghans share these sentiments. But Afghans, in general, and the Taliban, in particular, must be wary of those who would try to block the progress towards reconciliation.

The regional countries are watching the developments closely. China also has a deep interest in peace returning to the war-torn country. Not only that, peace in Afghanistan will create conditions for a smooth execution of the One Belt, One Road (OBOR) project and also help protect the Chinese investment in the country. In addition, any government that includes the Taliban as a major partner would also comprehensively defeat the brutal Daesh, which poses a threat to China, Russia and Iran. That explains why these three countries are now supporting a dominant role for the Taliban in the government.

Pakistan will be a huge beneficiary if normalcy was to return to Afghanistan. Moreover, its western border would become more secure, thereby expanding trade with Central Asia. Islamabad would also eye a significant role for itself in the Afghan reconstruction programme.

Afghanistan and Pakistan have a number of issues to resolve as the border fencing has created great acrimony across the border. Islamabad’s perceived support for individuals and groups in Afghanistan has caused deep suspicions. Trade between the two countries has plummeted to just $400 million from a high of $3 billion. Major trade is now taking place along the Chabahar route. There is a need for a reappraisal of policy by Islamabad. Unless that is done soon, the barriers of hatred and suspicions will deepen, casting a shadow on the growth of the relations between the two countries.

As Australian aid ends for Pakistan