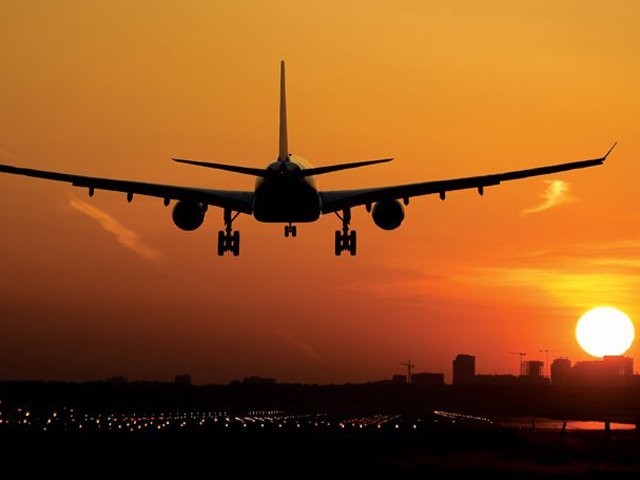 ISLAMABAD.: The government on Thursday suspended all direct flight operations to and from Iran starting at midnight in a precautionary move against coronavirus, particularly after the emergence of two cases of the disease in the country.

The announcement by the Aviation Division came hours after Sindh – where one of the two cases surfaced on Wednesday – urged the federal government to suspend Iran flights and strengthen screening of patients at airports until the coronavirus situation was brought under control.

On Wednesday night, Special Assistant to the Prime Minister on Health Dr Zafar Mirza confirmed two cases of the contagion – medically named COVID-19 – in Karachi and Islamabad and said that both the patients had travelled to Iran in the last two weeks.

The Sindh health department said that a young man, Syed M Yahya Jaffri, had diagnosed with COVID-19 in Karachi, while the Pakistan Institute of Medical Sciences (PIMS) announced that a patient brought in from Skardu had been tested positive for coronavirus in Islamabad.

“The Aviation Division has decided to cease all direct flights between Pakistan and Iran with effect from midnight between  February 27 and 28, 2020 till further notice,” said a notification.

The Aviation Division had also set up a control room for round-the-clock monitoring of the situation.

The government had also decided to continue flights to and from Saudi Arabia for passengers holding Iqama or permanent Saudi nationalities.

However, people intending to perform Umrah or visit the kingdom for tourism would not be allowed to board flights.

The decision was taken in light of the Saudi government’s decision to suspend Umrah and tourism operations in light of the growing number of coronavirus cases all over the world, aviation officials and the Pakistan International Airlines (PIA) said.

PIA said in a tweet that the national flag carrier “will fully implement instructions given by the Saudi government”, adding that it would continue flight operations as usual, but people with Umrah or tourist visas would not be able to go to Saudi Arabia.

Following the conformation of coronavirus case in Karachi, the Sindh government closed all educational institutions for two days, while Chief Minister Murad Ali Shah chaired a high-level meeting to discuss further steps to contain the spread of the virus.

Addressing a press conference after the meeting, the chief minister urged the federal government to suspend flights to and from Iran till the coronavirus situation was brought under control. He stressed the need for improving screening against the disease at the airport.

Earlier in the day, an international flight from Tehran was stopped away from the terminal for screening of the passengers. The health team of the civil aviation later cleared all the passengers and shifted them to the lounge.

The meeting chaired by the chief minister decided to form a task force on coronavirus. Shah told reporters that about 1,500 people have been identified, who had returned from Iran or had come into contact with those coming from Iran and entered Sindh in the past 15 days.

“The family members of the coronavirus patient have not been diagnosed with the contagion,” he said. Of the 1,500 individuals, he said, 28 individuals might have been exposed to the virus in Karachi and 5,000 individuals across the country.

“We have established contacts with each and every one of the group [that travelled with Jaffri to Iran] and have got their names and phone numbers. I am glad that they are cooperating with the health department,” he said. “In case someone tests positive, they will need to be isolated.”

He said precautionary measures were important to avoid spread of the disease. “In the four days, the health department will be able to screen them,” he said. He requested cooperation from the media to ensure the safety of the people.

On Thursday, several people complained shortage of protective masks in the markets. They also said that at some shops, masks were being sold at exorbitantly high prices. At the presser, Shah admitted hoarding of the masks.

“Stockpiling of masks has resurfaced. We want to secure and seize the stock of face masks,” Shah remarked. There is the need for masks and medicines to protect people from the virus, the chief minister added.

“The Sindh government will acquire all equipment and masks related to the virus. We will pay fair price for these things to the vendors so that a fake shortage is not created in the market and people do not take unfair advantage of this situation,” he said.

The chief minister announced that a hospital in the provincial capital would be designated for coronavirus and equipment were being procured. He added that isolation wards were also being established in different hospitals across the province.

As the report of suspected cases circulated in different areas, officials started work to identify those who had made recent visits to Iran. On Thursday, a six-member health department team visited the neighbourhood where the city’s first coronavirus patient resided.

Atif Vighio, spokesperson for the health department told The Express Tribune that the government wanted to provide screening facilities at the doorsteps of the area residents, who had been thrown into a panic. “The doctors will work in the area until everyone with any symptoms has been cleared.”

Another health department official said that 98 persons from the Dadu district had recently travelled to Iran. The official added that one of the travellers returned to Pakistan last week, while the others were still in the neighbouring country.

The official said the remaining travellers would not be able return to Pakistan as the Pak-Iran border remained shut until further orders. There are reports that around 5,000 pilgrims are currently in Iran who, would not be allowed to return before completing the incubation period there.

In Iran, 26 people have died because of the disease – the highest number of fatalities outside China – is the worst affected. Pakistan sealed its border with Iran at five points after the neighbouring country reported its first confirmed case of coronavirus last week.

Foreign Office Spokesperson Aisha Farooqui told a weekly press briefing on Thursday that Pakistan was actively engaged with the Iranian government to deal with the spread of coronavirus and the evolving situation.

She said that Pakistan’s embassy and two consulates in Iran were alert and monitoring the situation closely and were reaching out to the Pakistani community there including Zaireen and students. “Helplines has also been established in the embassy and the consulates to provide necessary updates and assistance to the community members, she added.

“Whatever needs to be done will be done and the government will take the best possible measures,” she said. She added that Pakistan fully supported the efforts of Iranian authorities in managing the outbreak of the virus. “We stand in solidarity with them,” she added. (With additional input from Sameer Mandhro in Karachi and Agencies)