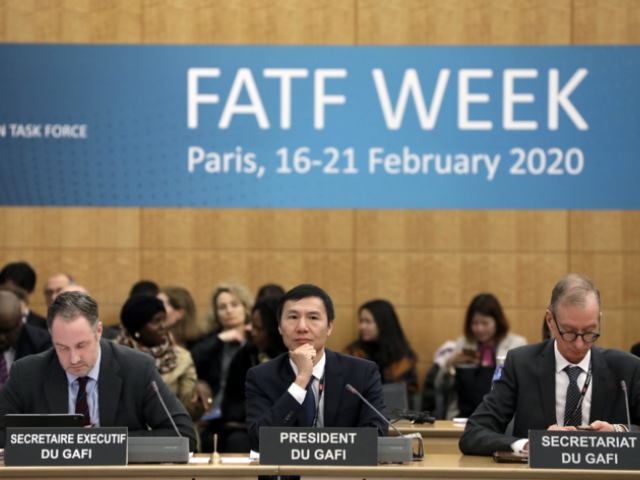 It has been a lifetime that somehow the handlers of our economy haven’t struck the right solutions to not only steady the economy but to make it grow, as was expected. Pakistanis crave for the much-needed prosperity that we enviously see in other countries that started late and started badly. The reasons they advanced are too numerous and varied. All are generally ‘escape arguments’ to deflect blame and justify dysfunctional policies. The present government raised expectations and nurtured hope. However, its handling of the economy is subpar, to say the least.

Economic jargon aside, there are some common sense observations that need common sense answers. The problems of the balance of payments/current account deficit, tax collection, higher interest rate, currency devaluation and FATF would be discussed in these pages.

First, the balance of payments. Our government’s expenses often exceed earnings, resulting in its inability to pay for imports and service the external debt. The income-expense gap is filled by borrowing from local and foreign lenders, alongside austerity measures. Quite precariously, last year (2018-19), the “mark-up” on the government’s outstanding debt exceeded its total revenue for the first time in our history, by a whopping Rs53 billion, implying that the country was run on borrowed money. In the broad revenue distribution, around 50% goes to debt servicing, 8-9% is for pensions, etc. and another 13-14% is for salaries (civil and military). The pension expenditure alone has increased five-folds, from Rs85 billion in 2009-10 to around Rs421 billion in 2019-20. All this and other essential and fixed expenses eat up to 110% of the net federal revenue. There is hardly any money left for development, military upgradation and running the government, for which the government resorts to new loans. Administratively, the federal government is entitled to 42.5% from the divisible pool, but draws around 67% and still does not have enough money.

This situation warrants federal-provincial resource re-distribution under the NFC Award, rationalising the disproportionate government expenditure and cutting down the size of the government. However, the PTI government is also making up for revenue shortfall through IMF-dictated measures like optimising tax-collection, increasing utilities and fuel costs, raising interest rates and resorting to currency devaluation — all of which seem to have backfired. These measures are standard IMF antidotes called “monetary approach to the balance of payment”, inspired from the Chicago school of thought; more suited to developed economies rather than developing countries.

In our analysis of these measures, first is tax collection. The targets given by the IMF to the FBR, being non-reflective of the situation on ground repeatedly remain unattainable. The vigorous collection methods have eroded whatever is left of a business-friendly environment, and further depleted the tax revenue and GDP growth. The FBR asked the IMF review mission recently to set the FY20 tax collection target at Rs4.5-4.7 trillion as per its expectations. The IMF agreed to relax the original target of Rs5.5 trillion down to Rs5.2 trillion. The net shortfall would entail government borrowing and deeper cuts in the developmental expense.

It is felt that if the government efficiently collects the sales tax that every Pakistani pays to millions of businesses, controls the FBR corruption and boosts non-tax revenue, the situation can be turned around. Floating international bonds and imposing agricultural tax are some other options.

Second is the higher interest rate — the killer of growth. Due to higher mark-up, the private sector is not borrowing from banks, consequently producing less and, therefore, paying less tax. People with money prefer fixed term/monthly bank deposits to reap easy profits rather than investing in property and business. This has caused retrenchments, reduced new hiring and triggered unemployment, further decreasing the tax revenue. The low productivity is dragging down GDP growth for the year, pushing it down to the IMF’s projected level of 2.4% from the government expectation of 3.5%. Proponents of higher interest rate consider it lucrative for capital inflows or ‘hot money’, but conversely it runs the risk of capital flight and currency destabilisation once the interest rate is jacked up and the ‘hot money’ leaves.

Third, the massive depreciation of currency, by up to 35%, has played real havoc. Done with the intent to reduce imports and boost exports, it has boomeranged. Limiting the import bill has also limited tax revenue. Dwindling imports — especially the industrial raw material — has affected large-scale manufacturing, slowing industrial output and job creation and reducing business productivity. In an import-driven economy like ours, the rising cost of imports has caused spiraling inflation, reducing import-led consumption and production, resulting in unemployment. Those affected are the young PTI voters in a demographically young Pakistan. The cumulative effect — already exacerbated by a high interest rate — has been recession.

The exchange rate stability is also owed to borrowed foreign exchange, remittances, incoming loans/aid, etc, with external debt servicing pressure remaining intact. Depreciation has registered a minuscule increase of $352 million in exports, which increased from $11.181 billion in the first half of FY19 to $11.533 billion in the first half FY20. Falling income levels and stubbornly high — and rising — inflation have adversely affected consumption of domestically produced stuff and the retail sector. In January 2020, the annual consumer inflation rose to a staggering 14.6% — almost three times higher than the 5.6% last year. Domestic budgets are in a tailspin and the public, initially willing to give time to the new government, has become increasingly disillusioned.

Our economic managers would do well to immediately reduce the interest rate by a good margin to bolster the sagging confidence of the business community. The recent signals from Islamabad are encouraging. However, those with conspiratorial bend smell a rat. They speculate that persisting with a high interest rate is to lay the ground work for the next IMF programme — a standard practice by the IMF team now entrenched in our financial institutions. The policymakers’ only concern is to return the debt instalments with interest to the lending institutions, without any regard for the social repercussions of their policies.

Lastly, some input on our informal economy (IE). Pakistan is run on the resilience of our IE, which though undocumented, remains larger than the formal economy. There is a view that documenting the IE would leave us at the mercy of the IMF/WB and their Western patrons with understandable implications. Therefore, the government needs to heed the proposal of “fixed tax” by traders and small merchants, rather than yielding to the elite-driven policies that remains beholden to the West. Constituting a new economic team, even by reaching across the aisle, is the need of the hour.

Perhaps we could still wriggle out of this financial quagmire by pursuing growth-friendly and politically-sustainable policies. The tall claims of the PTI are confronted by an indomitable make-or-break challenge.