Celebrities speak up about violence against Muslims in Delhi

Celebrities speak up about violence against Muslims in Delhi 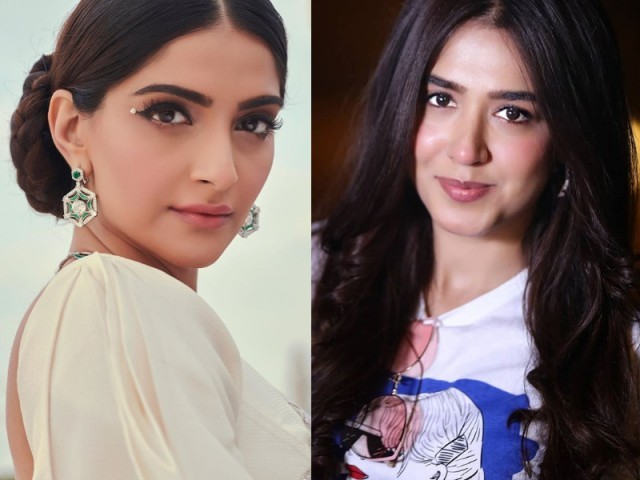 Delhi has been rocked with violent protests for months now in the wake of the Citizenship Amendment Act (CAA).

After shocking instances of police brutality at universities for staging anti-CAA protests, the situation in India’s capital has escalated in the past couple of days, specially since the arrival of US President Trump.

According to Times of India, over a dozen people were killed with over 200 people injured in the raging violence in North-East Delhi since Monday. The situation has been alarming, to say the least.

With #DelhiBurning and #DelhiViolence trending on Twitter since Monday, many celebrities have also chimed in to speak out against the senseless, targeted brutality against Muslims in India. Pakistani star Hamza Ali Abbasi was among the first ones across the border in Pakistan to bring the situation to light.

However, Hamza is not the only celebrity to raise his voice. Actor Hareem Farooq took to Twitter to condemn the violence.

“With more than 200 million Muslims living under your flag, how can the govt let this happen?” she questioned.

With more than 200mil muslims living under your flag how can the govt let this happen. Kudos to ones standing up & protecting their own despite having an extremist as their PM. Its time to raise voice for this unjust in India aswell. https://t.co/Fcg9S9MDxT

“Its a catastrophe, not be taken lightly,” she added.

The amount of hate being spread amongst the people is disgusting! Minds have been corrupted & as a result so mny innocent lives lost and injured! Its a catastrophe, not be taken lightly #DelhiRiots https://t.co/h35m3gVTHU

Laal Kabootar actor Mansha Pasha also penned down her thoughts while sharing a video of a mob desecrating a mosque in Delhi. “So terrifying to see what is happening in India. Prayers for all minorities and all the people in India fighting and protesting against these bigots,” she tweeted.

Horrifying!
Hindutva terrorists!
So terrifying to see what is happening in India
Prayers for all minorities and all ppl in India fighting and protesting against these bigots https://t.co/4OGyTRiMFo

“Secular India is going up in flames with this horrible act,” she added, with pictures of a burnt down  mosque.

Secular India is going up in flames with this horrible act https://t.co/M2EMXKmfxn

Armeena Khan, who has always been pretty vocal on her Twitter, was pestered by followers to speak on #DelhiRiots to which she responded, “I’ve already posted enough on it. Don’t need to keep repeating myself.”

In a state of despondency about the events around the world. Why is there so much hate? Why do you want to kill eachother? Do you not bleed the same red? This is just beyond sad. We never learn do we?

She followed it with a general message saying, “In a state of despondency about the events around the world. Why is there so much hate?”

Actor/director Sarmad Khoosat also shared a number of depressing photos and videos coming out of from the streets of Delhi, including a video of people lying on the streets with police beating them.

As of right now, a number of Bollywood celebrities have spoken out as well – from Sonam Kapoor and Swara Bhasker to Javed Akhtar and Anurag Kashyap.

the level of violence is being increased in Delhi . All the Kapil Mishras are being unleashed . An atmosphere is being created to convince an average Delhiite that it is all because of the anti CAA protest and in a few days the Delhi Police will go for “ the final solution “

I HAVE NO WORDS! #DelhiRiots

Anti-CAA protestors have been protesting for 2 months. There was no violence until each time the so-called "pro-CAA" groups showed up.

You got blood on your hands…you know who you are. As a true Hindu, I believe in karma. And it won’t wait till your next birth, it will manifest soon…as disease, penury, pain…you’d have earned this, like you’re earning extra money right now,celebrating the murder of others.

Sonam also retweeted an image from Reuters showing a Muslim man being beaten in Delhi.

A @Reuters picture of a Muslim human being brutally beaten up by fellow humans in Delhi today. Those who feel they don't want this on their timeline, block me, unfollow me. I couldn't care less. #DelhiBurning pic.twitter.com/hBctiPi4eK

‘The Legend of Maula Jatt’ not for the faint-hearted, warns Bilal Lashari