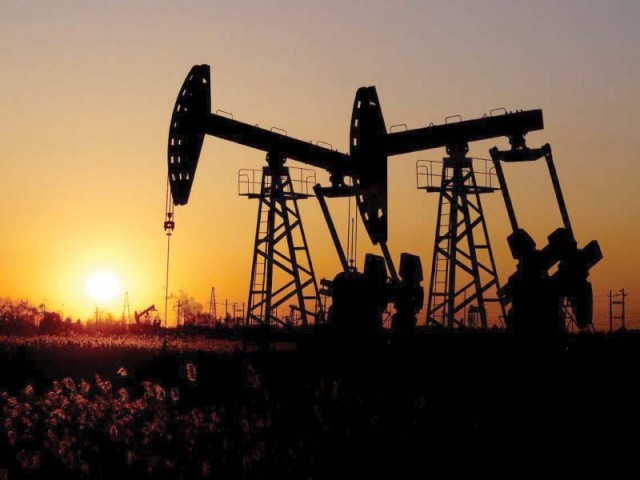 The government expects to earn a minimum of Rs45 billion from the OGDC transaction. PHOTO: FILE

ISLAMABAD: The government on Tuesday deferred decision on a proposal that sought a halt to the privatisation of Oil and Gas Development Company (OGDC) amid concern whether authorities could achieve the revised Rs1.5 trillion non-tax revenue target.

The Petroleum Division had proposed the Cabinet Committee on Privatisation (CCOP) to stop the OGDC divestment process due to a steep fall in share price of the blue-chip company. OGDC’s share price dropped nearly 2% to Rs124.7 per share at the close of Tuesday’s trading session, which was 42.2% below the 2014 level of Rs216 when the Pakistan Muslim League-Nawaz (PML-N) government also attempted to sell stake in the company.

The CCOP discussed the proposal of halting the ongoing process of divesting 7% shares in OGDC and, if necessary, instead sell a 10% stake to a strategic investor with a seat on the company’s board.

Adviser to the Prime Minister on Finance and Revenue Dr Abdul Hafeez Shaikh chaired the meeting of the CCOP – a cabinet body responsible for making decision on the sale of government assets.

The Privatisation Commission had sent a summary for the CCOP’s consideration after the Petroleum Division – the administrative ministry of OGDC – advised on February 14 “not to pursue” the divestment transaction, showed official documents.

The Petroleum Division stated that it was incumbent upon it to advise the government to halt the divestment process due to a continued drop in the share price of OGDC. It noted that the current share price was far lower than the 2014 offered price of Rs216 per share.

“For divesting shareholding in OGDC, the CCOP directed that the matter requires further deliberation,” said a statement issued by the Ministry of Finance on Tuesday.

The CCOP directed that all the relevant stakeholders, including the Ministry of Energy, should come up with a presentation on the proposal in the next meeting, it added.

Offloading 7% stake of OGDC at the Pakistan Stock Exchange is part of the government’s privatisation programme undertaken to raise money for containing the budget deficit in the current fiscal year.

The government had set the non-tax revenue target at Rs895 billion in the budget, which the adviser to PM on finance has increased to Rs1.5 trillion in the hope of completing major privatisation transactions.

The government expects to earn a minimum of Rs45 billion from the OGDC transaction and another Rs300 billion from the privatisation of two liquefied natural gas (LNG)-fired power plants. Privatisation proceeds are crucial for the finance ministry to keep the International Monetary Fund (IMF) programme on track after it has faced serious setbacks due to a massive shortfall in tax collection.

“The Privatisation Commission has not halted the divestment process and it is the proposal of the Petroleum Division not to pursue the transaction due to a reduction in the share price,” said Samreen Zehra, spokesperson for the commission.

She said the Petroleum Division instead proposed that the shares should be sold to a strategic investor having experience of petroleum and gas exploration. Any decision to change the privatisation mode will take a longer time, which will make it difficult to conclude the transaction in the current fiscal year, according to privatisation experts.

It is for the third time in the past almost eight years that the federal government is trying to offload stake in OGDC either at the PSX or in the global capital market. OGDC is a profitable and well-managed company and there are different opinions about the need for selling a stake in the firm, which is a constant source of dividend income for the federal government. In 2014, the CCOP had offered 7.5% or 311 million shares in the company at Rs216 per share for a total value of $696 million, which at the current exchange rate and prices has come down to $250 million.

Sources said the finance adviser had expressed his unhappiness over the slow pace of privatisation process. He directed the privatisation ministry to expedite the process.

Zehra said the finance adviser directed that in case of any hindrances in the way of any privatisation transaction, the matter should be brought to the CCOP.

The committee was briefed that in case of SME Bank Limited and Pakistan Reinsurance Co Ltd (up to 20% divestment), the privatisation process was moving ahead in a relatively faster manner and the government expected to complete the process in the required time frame.

On the revival of Pakistan Steel Mills, the CCOP gave directives to the Privatisation Commission to meet all the standard requirements in a regular but expeditious manner and keep the government updated on any issues that may surface during the smooth running of the process, according to the finance ministry. The CCOP was informed that due to the coronavirus issue, the financial advisers of PSM were unable to complete due diligence. The CCOP gave directives that the Ministry of Health should be taken on board to facilitate the visit of Chinese experts to Pakistan in order to push the process ahead.

The privatisation ministry informed the CCOP that the land of 747MW Guddu power plant was pledged by the Ministry of Finance for raising Rs200 billion through Sukuk to retire circular debt. The finance secretary assured the meeting that he would get the Guddu power plant land free from encumbrances.

The CCOP emphasised that there was a need for further discussion on the Guddu project among the National Electric Power Regulatory Authority (Nepra), Power Division and ministries of finance and privatisation.

‘Coronavirus likely to have an adverse impact on Pakistan’s economy’