Decisi­on put off due to lack of progre­ss on some agreed prior condit­ions
By Shahbaz Rana
Published: February 25, 2020
Tweet Email 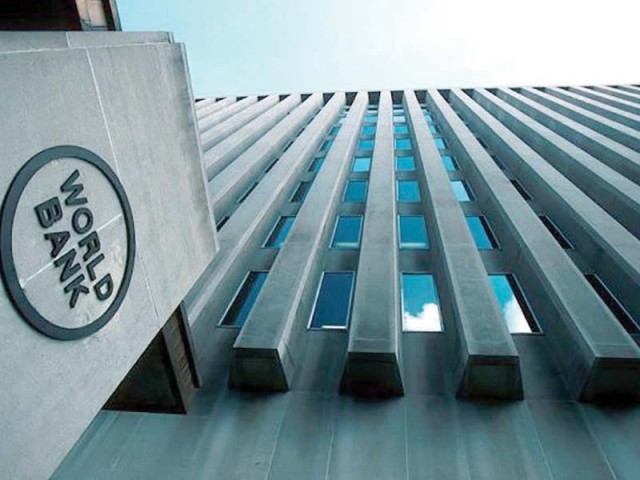 The World Bank has placed a condition that Pakistan’s four provinces and the federal government should have a single rate of GST on services. PHOTO: FILE

ISLAMABAD: The World Bank has delayed the approval of two budgetary support loans worth $750 million due to lack of progress on some of the agreed prior conditions, including disagreement among provinces over harmonisation of the general sales tax (GST) on services.

The postponement would also delay the restoration of Pakistan’s budgetary support, which had been suspended four years ago owing to the deterioration of macroeconomic indicators. Last time, the Washington-based lender had approved a budgetary support loan in February 2016.

A World Bank board meeting had been scheduled for March 19 to approve a $500-million development policy credit – called the Resilient Institutions for Sustainable Economy (RISE) programme, according to official documents of the World Bank.

Similarly, another policy credit of $250 million for the Securing Human Investments to Foster Transformation (SHIFT) programme has also been delayed.

The approval of the RISE and SHIFT loans has been delayed for at least two months, sources in the Ministry of Finance told The Express Tribune.

It is for the second time that the World Bank has delayed the approval of these loans, which were originally scheduled to go to its board during the second quarter of current fiscal year 2019-20. If Pakistan was able to forge consensus among all stakeholders, the World Bank board may consider approval of the loans either in late May or in June, the sources said.

The delay in the $750-million loans would also affect the government’s external financing projections for the current fiscal year. The International Monetary Fund (IMF) has shown $750 million as part of official inflows in the year. A lower-than-projected current account deficit would partially offset the impact of some of the delayed loans.

“Discussions with authorities on RISE and SHIFT are continuing. Good progress is being made,” commented a spokesperson for the World Bank when asked whether the bank had delayed approval of the loans.

“As and when they (RISE and SHIFT) are ready, they will be considered by the executive directors of the World Bank” for approval, the spokesperson said.

Pakistan is already struggling to keep the seven-month-old $6-billion IMF programme on track. An IMF mission has returned to Washington without reaching a staff-level agreement with Pakistan on the second review (October-December) of the programme.

Ten days have passed since the IMF mission returned and there is no word from the Ministry of Finance when the staff-level agreement will be reached. The IMF’s first review document showed March 6 as the date of board meeting for approval of the second review and end-December 2019 performance criteria. The March 6 date may be missed as the IMF management usually needs at least four to six weeks after the staff-level agreement to circulate the report among board members and get it approved.

“Many of the RISE programme’s agreed prior actions have been completed and work on the remaining actions is under way,” said an official of the economic affairs ministry.

He hoped that Pakistan would be able to complete the policy matrix next month and the government was foreseeing that the loans would now be approved in May.

“There’s no specified date for the completion of prior actions, however, the Finance Division is trying to complete them by the end of March. Delay, if any, has been on account of CCI meeting on the National Tax Council and PHPL debt matters, and the World Bank is aware of this,” said Omar Hamid Khan, Special Finance Secretary. “RISE will not affect SHIFT,” he said.

The key objective of the RISE programme is to enhance the policy and institutional framework to improve fiscal management. The World Bank has placed a condition that the four provinces and the federal government should have a single rate of GST on services and their systems should be electronically linked aimed at facilitating the business.

At present, the provinces have different sales tax rates, which are creating problem for the business community.

A few days ago, the World Bank had also arranged a workshop for all the stakeholders in the United Arab Emirates where international consultants briefed provincial governments about the benefits of a harmonised GST system.

Sources said the federal and provincial governments were planning to set up the National Tax Council by next month, which would approve the structure of a harmonised GST.

However, there was still disagreement among the provinces over the collected GST and its distribution formula. Punjab demanded that the destination of a service should be the base for determining a province’s share while Sindh was pressing the case for the origin of service, said the sources.

Another requirement for qualifying for the World Bank budgetary support loan is that the country must have foreign exchange reserves to cover at least two and a half months to three months of imports. Pakistan now meets this criterion, thanks to hot foreign money inflows of $3.3 billion.

The State Bank’s foreign currency reserves have increased to $12.5 billion, according to the central bank.

The share of non-project loans in the total external public sector loans increased alarmingly to 86.3% in the Jul-Jan period of the current fiscal year, which would create problems in repayment as the loans were not invested in productivity sectors.