China probably saved hundreds of thousands of coronavirus cases: WHO

China probably saved hundreds of thousands of coronavirus cases: WHO 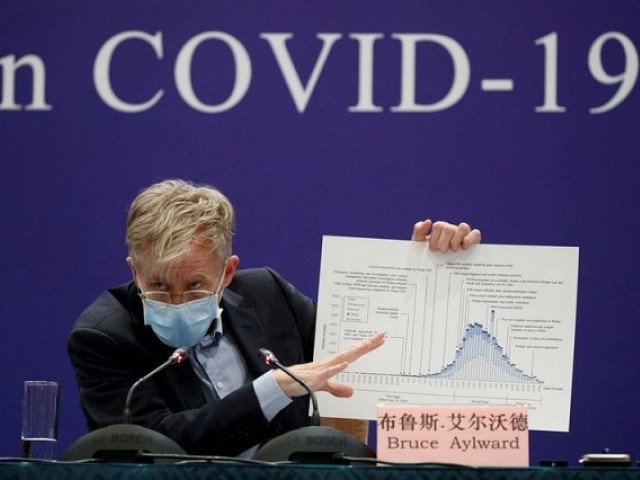 BEIJING: China’s “incredibly difficult measures” in tackling the coronavirus that emerged late last year has probably prevented hundreds of thousands of cases in the country, the head of a visiting World Health Organisation (WHO) delegation said.

Bruce Aylward, speaking at a joint press briefing with officials from China’s National Health Commission (NHC), said multiple data sources supported the general downward trend in the number infections being reported by the commission despite some statistical issues observed in recent weeks.

The WHO team in recent days inspected various parts of China including Wuhan, the capital of Hubei province and the epicentre of the outbreak.

The NHC earlier on Monday reported 409 new coronavirus cases, down from 648 a day earlier, as China began to unwind transport and travel curbs put in place since January to keep the virus from spreading further.

More than 20 province-level jurisdictions including Beijing and Shanghai reported zero infections, the best showing since the outbreak began.

Top leaders including President Xi Jinping have continued to preach vigilance, however, exhorting the public to keep its guard up. The virus has killed nearly 2,600 people in mainland China alone and infected nearly 80,000 to date.

More than 3,000 medical staff in China had been infected by the new coronavirus, National Health Commission official Liang Wannian told reporters, underscoring the threat posed by the virus.

Those infections mostly occurred in Hubei and were likely due to the lack of protective gear and fatigue, he said.