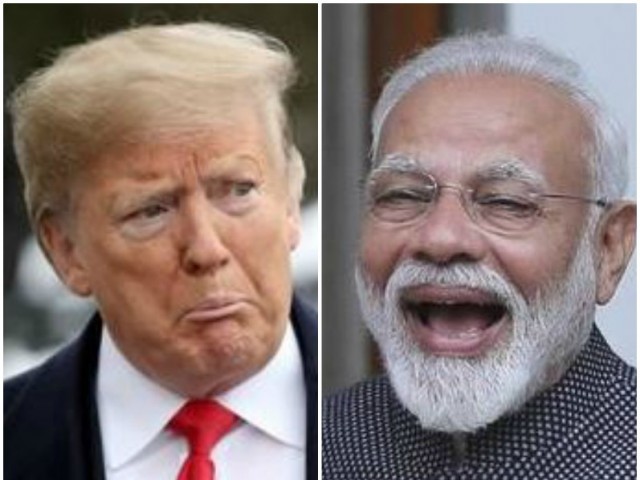 It’s been only hours since Donald Trump landed in India and already his name has been linked with well, the human anatomy. Again. This time by none other than Prime Minister Narendra Modi. The PM in his speech where he labeled president Trump as ‘India’s friend’ accidentally mispronounced his first name, switching the l and n. Too cryptic? See for yourself.

As expected, memers had a field day with this. Perhaps it’s just too much fodder for even the dankeist of meme lords.

With such visits you expect discussions on economic growth, not death on an entire industry with a single blow. Stand up comedians in India should’ve listened to their parents and become doctors.

Well, it does seem likely that Trump’s talk of peace between Pakistan and India made Modi a tad bit passive-aggressive.

It wasn’t just Modi who took liberties with his speech. Trump during his turn at the podium also called Modi a ‘chi wala‘ as he referenced the latter’s previous profession of serving chai at hotels.

But that still doesn’t even come close to Modi’s possible power move.