And the band trolle­d him back
By Entertainment Desk
Published: February 24, 2020
Tweet Email 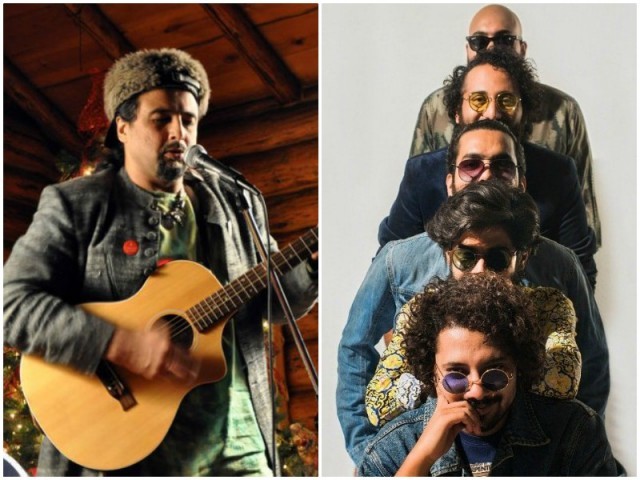 It seems like making a PSL anthem has turned into the new ‘it’ thing and everyone, everywhere is doing it. The social media trend spurred after the current PSL anthem came out and surplus users started criticising it while comparing it to the previous ones.

This also evoked several conspiracy theories against Ali Zafar which led to Ali Azmat’s recent comments on Waseem Badami’s show. This was followed by Zafar’s sarcastic video and his announcement of making his own PSL anthem.

However, if there’s anything that travels faster on social media than war, its memes and videos that take a dig at such situations.

Following the popular state of affairs, E Sharp, a local rock band hailing from Karachi that also participated in Battle of the Bands, uploaded their version of the ‘anthem’ for PSL.

This was called Bloody Gora and was in collaboration Dennis Does, who is an Australian ‘gora’  and social media personality.

I just wrote it. Take a listen and share

Dennis also posted it from his Twitter, announcing that he wrote it himself. But everything was fun and games until musician Salman Ahmad re-tweeted their video and called for a serious action to be taken against this ‘threat to the music industry.’

“We must launch a movement to save the music industry from comedians masquerading as musicians,” he said.

We must launch a movement to Save the music industry from comedians masquerading as musicians . https://t.co/Ff9ucghWme

His tweet was followed by several users criticising him for taking something so casual, too seriously.

plz have a heart n enjoy it… When Ali Azmat used to sing with u did we complain??

Just because you made good music some hundred years ago, it doesn't give you the right to decide who gets to make music and who doesn't.

dont be so harsh mate, they're doing it for fun..They've tried something new atleast unlike u guys who continue to make leaving out of those decades old hits .

I am big fan of your work but your tweet is in very bad taste. @DennisCricket_ has done a lot to promote image of Pakistani Cricket. Please do not think that you ‘own’ the music industry.

He is one of few foreigners who project the good image of pakistan and you are bashing him!!! I have seen him arguing with Indians for pakistan!! He must be appreciated and they are just doing it for fun purpose!

Don't know if this is sarcasm or typical Pakistani insecurity

Not to mention, the biggest criticism of them all came as a rebound troll by the band that uploaded the video in the first place. E Sharp shared Ahmad’s tweet on their Facebook page, telling him to ‘chill’.

However, the band did not specify as to whether they were genuinely referring to Ahmad’s jokes, or his music – given that he took a jibe at their’s.

Nevertheless, whatever the real joke maybe, only the band knows.

Strings, Shamoon and a Saturday night for broken hearts