Watch: Donald Trump just shared a video of himself as 'Bahubali'

Watch: Donald Trump just shared a video of himself as 'Bahubali' 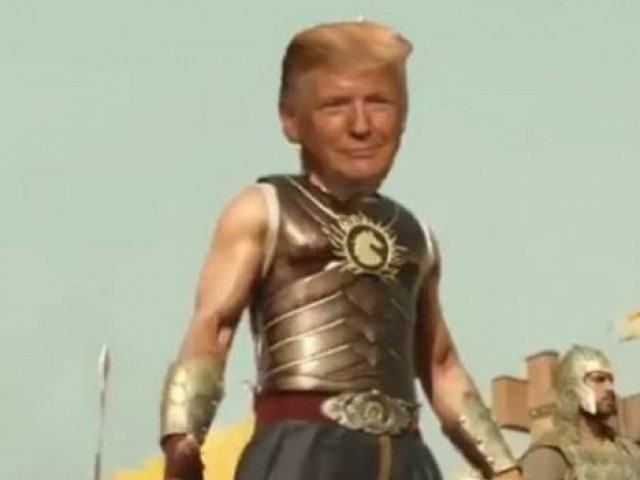 US President Donald Trump arrived in India on Monday as he began his much awaited two-day visit to the region. A size-able segment of the Indian population have expressed it’s excitement over this with crowds were lining up outside a giant stadium.

President Trump is loved by the people of India particularly the Hindus & that makes the media that tries to smear him as racist very angry. Their opinion & lies are becoming less & less effective & it only drives them all the more angry pic.twitter.com/FkD45vIenM

However it would be unfair to say that the ‘love’ was one sided. Trump himself has been stoked about the trip, as he announced that he was ‘looking forward’ to the trip tweeting a video of himself as Bahubali.

Yes you read that right. The’leader of the free world appears as a warrior fighting his way through hoards of soldiers while also sharing a chariot ride with First Lady Melania Trump. Still don’t believe it? See for yourself.

Look so forward to being with my great friends in INDIA! https://t.co/1jdk3AW6fG

Naturally people were taken aback by this

This is the sickest thing you’ve ever posted. You’re a sociopath… #Trump

It makes Trump look like he doesn’t weigh 300 pounds and has hand eye coordination… Trump would be wheezing if he had to carry a dictionary 10 feet.

This is much more accurate. pic.twitter.com/Xqu9VkbGKl

Have something to add to the story? Share in comments below.