Expert says path of negoti­ations has been chosen as it is imposs­ible to elimin­ate Taliba­n
By Rizwan Shehzad
Published: February 23, 2020
Tweet Email 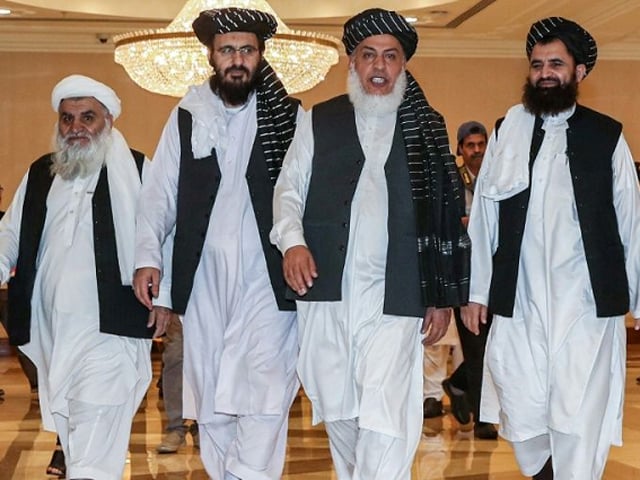 Expert says path of negotiations has been chosen as it is impossible to eliminate Taliban. PHOTO: AFP/FILE

ISLAMABAD: The imminent peace deal between the United States and Taliban has not only endorsed Pakistan’s Afghan policy but also vindicated the country’s long-standing stance of not taking action against the Taliban and the Haqqani network as the US had desired.

On the one hand, the announcement of the much-awaited peace agreement between the Afghan Taliban and the US ended a media guessing game about the outcome of protracted negotiations between the two sides. On the other, it led the foreign policy experts to say that Pakistan’s belief that the US would negotiate with these groups at some point has turned out to be correct.

Yusufzai – who is best known for having interviewed Osama bin Laden and Afghan Taliban leader Mullah Omar – said that the peace deal was an unexpected move but a significant development.

“It is impossible to eliminate the Taliban and the Haqqanis and that is why the path of negotiations has been chosen,” he said, expressing his views in Express News’ talk show, The Review, on Friday.

In the past, the US had repeatedly asked Pakistan to take action against Afghan Taliban, particularly the Haqqani network. However, Pakistan resisted the US pressure insisting that it would not fight Afghan war on its soil. Pakistan’s reluctance to go after the Taliban and the Haqqanis stemmed from the fact that these groups never directly targeted its interests and taking action against them would invite further trouble for the country.

Commenting on the deal, Yusufzai said that lack of confidence was still evident on both sides but the formal announcement has finally paved the way for what had been envisaged for a long time.

“It is unbelievable. Despite all reservations, both sides are moving ahead step-by-step as it is election year in the US and the US is in a hurry to pull its troops from Afghanistan,” he said.

On Pakistan’s role in the process, Yusufzai said that US President Donald Trump has acknowledged Pakistan’s role in brokering the peace deal. He, however, warned that Pakistan should now move ahead with utmost care so that it is not blamed for interfering in Afghanistan’s internal matters.

Though Pakistan’s enemies were still present in Afghanistan and the Afghan soil was still being used against Pakistan, he said, Taliban “are expected to be careful in the future”.

He added that Pakistan would not have been in a position to play the role of a mediator and bring the parties to the table if it had taken action against both in the past on the US’ instructions.

As the American and Taliban negotiators are all set to sign the peace deal by the end of the month, the potential remains for “spoilers” to upend the deal.