The duo recent­ly reveal­ed they will no longer use the title, but made it clear the Queen has no 'legal' right...
By Entertainment Desk
Published: February 23, 2020
Tweet Email 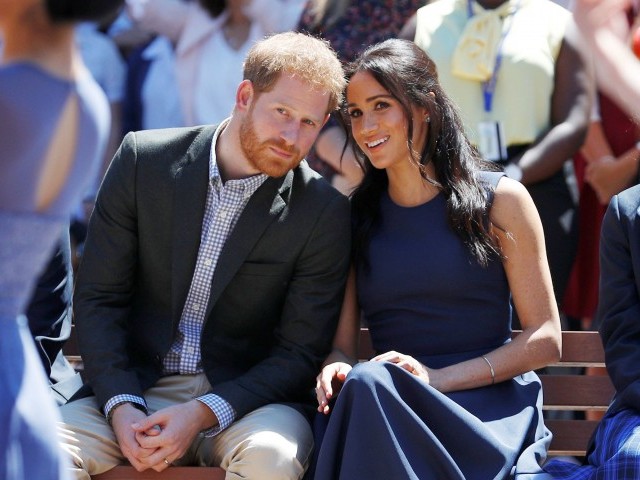 Weeks after announcing they would step down as senior members of the royal family, the drama surrounding Meghan Markle and Prince Harry’s exit is showing no signs of slowing down.

On Friday, it was revealed that the duo would no longer use the “Sussex Royal” moniker in their branding efforts after Queen Elizabeth forbid it, reported InStyle.

However, in a new statement, Meghan and Harry make it clear that they are only dropping the title in order to comply with the Britihs monarch’s wishes, explicitly pointing out that she legally has no right to stop them from using the term overseas.

“While there is not any jurisdiction by The Monarchy or Cabinet Office over the use of the word “Royal” overseas, The Duke and Duchess of Sussex do not intend to use “Sussex Royal” or any iteration of the word “Royal” in any territory (either within the UK or otherwise) when the transition occurs Spring 2020,” they said.

Meghan Markle and Prince Harry are giving up another Royal title

Meanwhile, Meghan and Harry have removed their applications to trademark the term, which they admit were “filed as protective measures” and “reflected the same standard trademarking requests as done for The Royal Foundation of The Duke and Duchess of Cambridge.”

The website also implies that the Sussexes feel that they are being treated differently to other members who have sought employment outside the monarchy, highlighting how they are subject to a one-year review.

“While there is precedent for other titled members of the Royal Family to seek employment outside of the institution, for The Duke and Duchess of Sussex, a 12-month review period has been put in place,” they pointed out.

If the statement is anything to go by, Meghan and Harry are clearly not happy with the way the Queen is handling their transition and are not afraid to let everyone know as much.