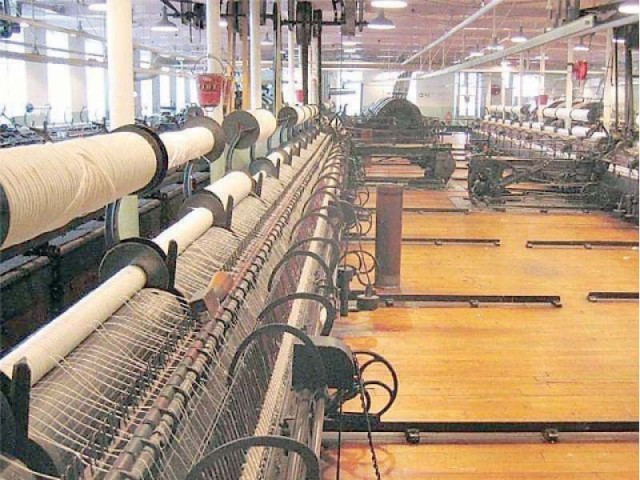 The official claimed that textile exports could be doubled over the next five years if the government overcomes the high energy pricing, gas connection and tax refund issues. PHOTO: FILE

KARACHI: The textile manufacturing sector – the single largest export-oriented sector of Pakistan – has spiked to full-capacity production after the government withdrew duties and taxes on import of the raw cotton in January.

Besides, Islamabad is getting higher export orders for textiles since China, the single largest textile exporter at world across, is lying closed to fight against the deadly coronavirus for the past couple of months.

“If all goes well, the developments in textile industry support…the government to achieve the set export target of $24-25 billion this fiscal year (July-2019 to June 2020),” he said.

“We don’t have the capacity to take additional export orders these days. We have entered into the capacity constraint zone,” he said.

He said there is a 26% volumetric growth in textiles export. “This (26%) was the capacity in surplus till recent months. The government has fully utilised that,” Inam same.

State Bank of Pakistan Governor Reza Baqir said the other day there was up to 40% volumetric growth in textile exports. Besides, the export of finished goods is on the rise, while export of raw material, including cotton and yarn are on a downward trend, which are positive developments for Pakistan’s economy.

Pakistan has continued to receive good export orders, including in the downstream industry. “The world textile buyers have diverted their purchasing orders to Pakistan since China (70-80% production) is closed to fight against spread of the coronavirus,” Inam said.

The virus has disrupted the world. A significant number of countries have been affected by the virus, as over 2,300 people have died and over 75,000 people got infected.

He said Pakistan is estimated to import around 7.5-8 million bales (of 170 kilogram each) this fiscal year after local production came almost half of the required 15 million bales in FY20.

They will be record high import in Pakistan. Pakistan has produced around 7.5-8 million bales so far, which comes to around half of the domestic requirement.

“We have so far imported around one-third of the total required quantity of imported cotton at 7.5-8 million bales. We will import around 70% of that over the next two-three months and remaining in the rest of the period of FY20,” he said.

The imposition of the duty and taxes on cotton import by the previous government in the centre had put the textile industry in danger.

“The withdrawal of duty and taxes has fully mitigated the risk of decline in cotton consumption in Pakistan.

USAID has recently anticipated increase in consumption of cotton at textile industries in Pakistan. We will use at least 15 million bales this year (FY20),” Aptma former chairman said.