Youth should not wait for any Mohamm­ad Bin Qasim to libera­te Kashmi­r, says Sardar Masood Khan
By ​ Our Correspondent
Published: February 22, 2020
Tweet Email 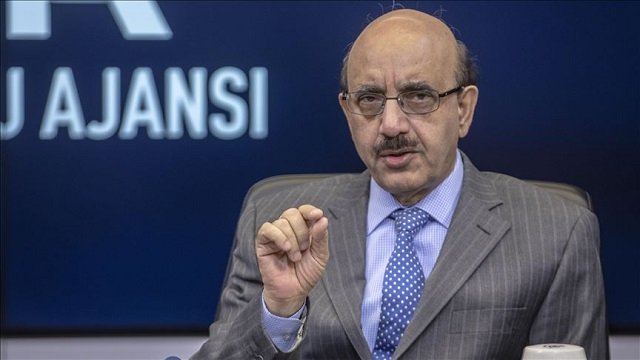 BAGH: Azad Jammu and Kashmir President Sardar Masood Khan has asserted that the youth of AJK, instead of waiting for any Mohammad Bin Qasim, should become great commander themselves, and liberate the besieged brethren of Indian Occupied Jammu and Kashmir (IOJ&K).

Addressing a Kashmir conference in Gahl Syedan village of Mohri Farman Shah area of Bagh on Saturday, he said that the Kashmiris have always faced oppression, but now the time appears ripe to take the oppressors to task.

Urging the international community to ensure peace and security and prevent fascism in the region, the state president said that if the world does not stop India from oppression, the Kashmiris will have no option but to pick up guns to fight the Indian repression and fascism.

“In view of what India is presently doing, jihad has become obligatory for all the Muslims particularly the Kashmiris,” he maintained.

Sardar Masood said the Indian rulers are publicly threatening to capture Azad Kashmir and disintegrate Pakistan. “Therefore, the youth of AJK should be prepared for the defence of their motherland as well as Pakistan, if needed.”

Referring to Kashmiris as a nation of determined and valiant people, President Masood said they have the capability to brave all storms.

“The youth of Azad Kashmir and the Pakistani people must keep in mind that if they could not defend their territory, they would not be able to play any role for the liberation of Occupied Kashmir,” he added.

Regretting that big powers are silent over the worst brutalities in IOJ&K, AJK president said that they are not ready to support the oppressed.

“The goons of BJP and RSS do not care about any law and morality, and they can take any action against Pakistan and Azad Kashmir,” he warned.

Addressing the conference, Member of Azad Kashmir Legislative Assembly and Chairman Public Accounts Committee Abdur Rashid Turabi said that the state president was playing an unprecedented role on the diplomatic front to muster support for the Kashmiri people, and at the same time, he is also playing an active role in framing strategies for the policy making institutions.

“It is time that Azad Kashmir becomes the base camp of liberation movement in the real sense, and its youth prepare themselves for an armed struggle,” he asserted.

In his address, Director General Kashmir Institute of Management, Brig (retd) Syed Akhtar Hussain Shah paid high tributes to the people of Bagh and adjoining areas for valiantly fighting the liberation war in 1947, and later in 1965 and 1990.