Post-flood blues: Preparing for the monsoon

Post-flood blues: Preparing for the monsoon 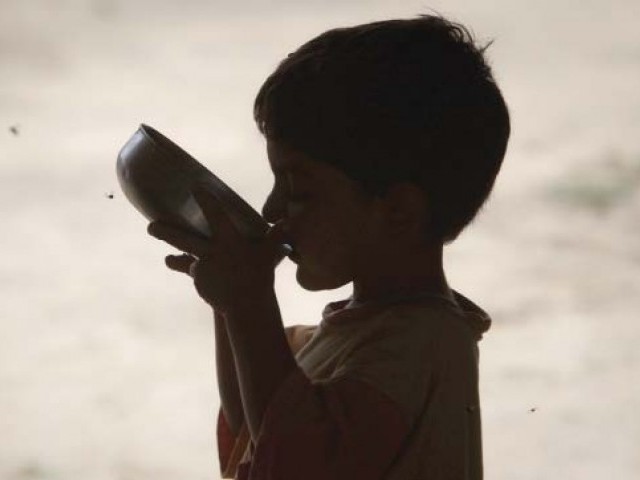 A young boy, displaced by heavy floods last year, sits in a classroom at a camp for flood victims in Charsadda, a child sips water from a bowl at his tent under unhygienic conditions. PHOTOS: REUTERS/INTERNET

Muhammad Gul has built a stone wall around his home in a village near Mingora, the main city in Swat Valley, and hopes it can keep away rainwater during the just-started monsoon season.

“My house was badly damaged last year,” he said. “But this year I have put up a wall to protect it,” he said, pointing to the 1.5m tall circular wall.

The 2010 monsoon rains flooded vast tracts of land across the country, affecting over 20 million people.

Mingora was one of the areas devastated by the floods.

This year, the Met Office has predicted a normal monsoon season. “There is little fear of floods this year,” Muhammad Riaz, chief meteorologist in Lahore, told IRIN. But Gul is apprehensive and is not taking chances.

The rains have started, according to the Met Office, and strategies are in place to ensure that even if the rains flood parts of the country, the harm can be minimised, the government says.

Sixty-five per cent of Pakistan’s annual rainfall occurs between June and September. The monsoon season begins in July and intensifies in the middle of the month.

“Detailed contingency plans have been worked out ahead of the monsoon and we have spent most of 2011 doing this,” he added. All stakeholders, he said, have been taken on board — including the Pakistan Meteorological Department, Irrigation Department, Federal Flood Commission and the director generals of the Provincial Disaster Management Authorities — to minimise risks.

Since the start of the month, the NDMA has also been conducting training workshops for officials in various parts of the country on flood preparedness.

Major humanitarian agencies, too, say they are well-prepared. “We have a contingency plan in place, our warehouses are stocked with provisions to meet any flood emergency and we are coordinating on the ground with our local partners, though right now we can talk only hypothetically and have to go with what the Met Office is saying,” Michael O’Brien, spokesperson for the International Committee of the Red Cross, said.

There is also evidence that lessons have been learnt from the devastation of last year. “We have received orders to build new dykes where needed, repair old ones, ensure they are not breached as happened last year when influential people tried to save their own lands by deliberately diverting water to other areas,” an irrigation official in Sindh Province who asked not to be named said.

He also said people living “near waterways” would be moved immediately if there was any danger of flooding.

But according to the Karachi-based NGO Urban Resource Centre, people who live in inadequate housing – often made of clay, timber and bits of cloth – remain vulnerable because the poor quality of their homes adds to risks people face during rains. It estimates that 50 per cent of people in big cities live in shanty dwellings.

“People are hoping and praying the monsoon will show mercy on them this year as they are still picking up the pieces of their lives,” said Ijaz Habib, nutrition specialist for the NGO Merlin. “What happened last year was like nothing anyone has seen before.”

According to Ea Suzanne Akasha, psychosocial delegate with the Danish Red Cross, “Some people are still afraid of the sound of running water. Some are having trouble falling asleep and staying asleep. Some now fear the next flood is going to come and they don’t know how they are going to cope.”

YDA protest: As doctors wait it out, patients suffer