US presid­ent is not a regula­r advoca­te of gay rights­
By AFP
Published: February 21, 2020
Tweet Email 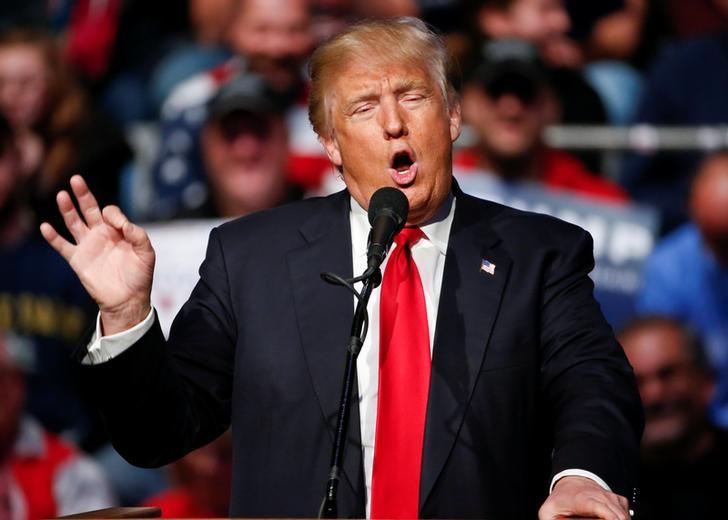 US president is not a regular advocate of gay rights. PHOTO: REUTERS/FILE

WASHINGTON: President Donald Trump got into the mood on Friday ahead of his upcoming India trip by issuing a surprising thumbs-up for Bollywood’s first gay rom-com movie.

“Great!” the US president wrote as he retweeted gay rights activist Peter Tatchell’s own expression of support for the ground-breaking movie.

Trump is not a regular advocate of gay rights, while some of his more right-wing supporters actively oppose them.

“I hope this is the beginning of President Trump’s genuine embrace of LGBT+ rights & not just a PR stunt,” Tatchell tweeted after.

I hope this is the beginning of President Trump's genuine embrace of LGBT+ rights & not just a PR stunt. Want more great news like the Bollywood gay rom-com? Sign up for free to my LGBT+ and human rights newsletter at https://t.co/rzjyjzyZi9 https://t.co/DoQf2u1Hyb pic.twitter.com/zT19JFmJpD

Released on Friday, “Shubh Mangal Zyada Saavdhan” (“Be Extra Careful About Marriage”) stars popular actor Ayushmann Khurrana as a young man bucking social disapproval to be with his beloved — another man.

India’s Supreme Court scrapped a colonial-era ban on homosexuality only in 2018.

Trump, accompanied by First Lady Melania, is due to land in the western city of Ahmedabad on Monday before heading to the Taj Mahal and then to talks with Prime Minister Narendra Modi in New Delhi the next day.