PM says there will be no more increa­se in prices of food items
By APP
Published: February 21, 2020
Tweet Email 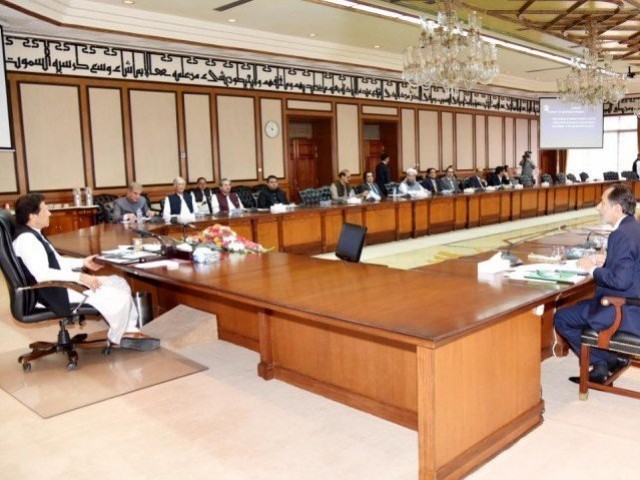 ISLAMABAD.: The federal cabinet on Thursday decided not to increase the prices of gas and electricity for domestic, industrial consumers and tandoors.

Briefing the media about the cabinet decisions, Special Assistant to Prime Minister on Information Dr Firdous Ashiq Awan said a proposal to cap the prices of diesel and petrol for the next few months was under consideration and a final decision in that regard would be taken in a few days.

Adviser to Prime Minister on Finance Dr Hafeez A Sheikh said that the government’s priority was to provide relief to the masses through the Ehsaas programme and many proposals were under consideration.

The cabinet directed the managing director of the Utility Stores Corporation (USC) to buy ghee and edible oil from mills in Azad Kashmir and the merged districts of Khyber-Pakhtunkhwa to further reduce their prices.

The cabinet was briefed about the government’s strategy to reduce prices of essential commodities. It was noted the prices of daily-use items were declining because of the effective measures taken by the government.

Sheikh said that further positive news would come in next few days. He added that 500,000 matric tons of wheat would be imported on low prices as per decision of the Economic Coordination Committee (ECC) of the cabinet.

Firdous said that the cabinet was informed that 2.8 million matric tons of wheat was available in the stocks, which was enough to meet to the country’s requirement. The ECC had decided to release 100,000 tons of wheat each for Sindh and Khyber-Pakhtunkhwa, she added.

The cabinet noted that the provincial governments were taking effective measures to prevent hoarding of sugar. The ECC had allowed the purchase of 300,000 tons sugar on which regulatory duty had already been waived.

The cabinet was informed that the people were paying the price of long-term costly agreements of past government, Firdous said. “The people have been compelled to buy costly gas for the next 15 years.”

During the cabinet meeting, the prime minister directed for expediting the recommendation for introducing electoral reforms to make the election process transparent and to remove reservations of the political parties on a permanent basis.

The cabinet took strict notice of the dearth of life saving drugs and directed the relevant authorities to ensure their availability. The cabinet accorded its approval to the establishment of a permanent secretariat of the Council of Common Interests in the Ministry of Interprovincial Coordination.

Dr Firdous said the cabinet approved the National Commission Child Rights, with Afshan Tehsin as its chairperson. The cabinet also approved the notification of the appointment of the members of Pakistan Nursing Council.

The cabinet approved the appointment of Farhan Shafi as managing director/CEO of the Pakistan Mineral Development Corporation and Sadia Khan as the commissioner of the Securities and Exchange Commission of Pakistan.

The prime minister also felicitated the foreign minister for making the visit of United Nations secretary general to Pakistan a success. The categorical statement of the secretary general in favour of the Kashmiris was a great diplomatic success of Pakistan, he said.

During the meeting, the ministers offered Fateha for the departed soul of Special Assistant to Prime Minister on Political Affairs Naeemul Haq.