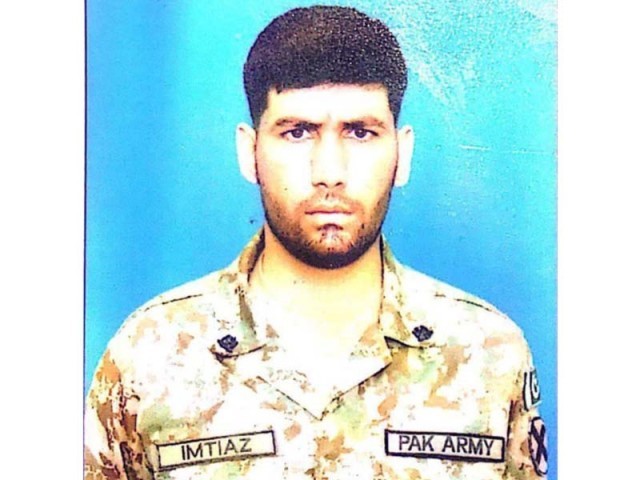 A Pakistani soldier was martyred during Indian ceasefire violation along the Line of Control (LoC) in Leepa Valley, a statement issued by the Inter-Services Public Relations (ISPR) said on Thursday.

According to the military’s media wing, Indian troops resorted to unprovoked ceasefire violation in Kayani Sector and during an exchange of fire Sepoy Imtiaz Ali, 30, resident of Pabbi village in Nowshera District, while valiantly defending the motherland embraced martyrdom.

On February 8, Pakistan had summoned a senior Indian diplomat at the Foreign Office to register a strong protest over unabated violations of the 2003 ceasefire agreement by Indian border guards along the heavily-miltarised LoC.

“Condemning the targeting of innocent civilians by the Indian occupation forces, it was underscored that such senseless Indian acts, in clear violation of the 2003 Ceasefire Understanding and complete disregard for international human rights and international norms, further vitiate the tense atmosphere along the LoC and pose a threat to regional peace and stability,” the FO spokesperson said.