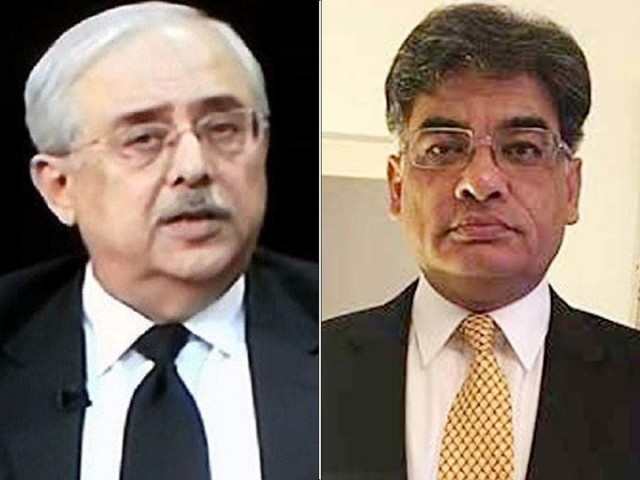 ISLAMABAD: The country’s top law officer stepped down on Thursday after landing in trouble over his contentious remarks about the apex court judges hearing the set of petitions challenging the presidential reference against Justice Qazi Faez Isa.

Attorney General for Pakistan Anwar Mansoor Khan, who tendered his resignation to President Arif Alvi, sealed his fate when he had implied that some members of the bench hearing the Justice Isa case were “privy” to the petition filed by the judge and was also found at a loss for words while defending the federal government in response to the court’s queries.

The chief legal officer’s statement drew the ire of the top judiciary and he was directed by the Supreme Court on Wednesday to either submit a written apology or provide evidence to substantiate his claim. Making matters worse for the AGP, the Pakistan Bar Council filed a contempt petition against him as well as the law minister.

According to a senior official, Prime Minister Imran Khan has decided to appoint Karachi-based lawyer Khalid Javed Khan as the new AGP and the notification is likely to be issued on Friday (today).

In his resignation letter, a copy of which is available with The Express Tribune, Anwar wrote that he was a lifetime member of the Karachi, Sindh and Supreme Court bar associations and wanted to “reaffirm faith in the highest principles of integrity and professional excellence that the Pakistan Bar Council has always stood for”.
“Accordingly, I hereby resign from the position of the Attorney General for Pakistan and request you to accept it with immediate effect,” he added.

“In the last year and a half, I worked to the best of my ability to serve this solemn office with honesty of purpose, and commitment to upholding the Constitution.”

Besides tendering his resignation, Anwar also submitted a written apology to the apex court.

“The undersigned has the highest regard and respect for this court and cannot think of causing any adverse comment as to the honour and honesty and integrity of the court,” it read.
“The undersigned is sorry and withdraws his statement made on February 18, 2020 and unconditionally apologises for having made the same.”

A senior official told The Express Tribune that the government had forced Anwar to tender his resignation as it believed that his remarks had not only damaged its reputation but could also potentially set the executive on a collision course with the judiciary.

However, Anwar told a TV channel that both the law minister and the PM’s aide were aware of what he was going to say in the court about the judges and had also appreciated his statement when the proceedings concluded that day.

“It appears that Anwar was an instrument and the mastermind behind the statement was someone else,” he added, urging the Supreme Court to order a thorough investigation into the matter.

A senior government official told The Express Tribune that Anwar should not have relied on the allegation of an individual, who later backed out and refused to give an affidavit to substantiate the claim.

Khalid Javed Khan, son of seasoned politician Prof ND Khan, is likely to take over as the chief legal officer. PM Imran has decided to appoint him as the new AGP and the notification might be issued on Friday (today). Khalid has already been informed about the premier’s decision.

During a meeting on Thursday, the prime minister directed the law minister to prepare a summary for Khalid’s appointment and wanted the notification to be issued on the same day. However, Naseem sought a day to initiate the process.

According to sources, the law minister is not in favour of appointing Khalid as the new top law officer. He is trying to convince different stakeholders that Advocate General Punjab Jamal Sukhaira should be appointed the new AGP.

However, the prime minister has made up his mind. The Karachi-based lawyer has served as the AGP during the time of the last caretaker regime.

Soon after the last general elections, PM Imran had held a meeting with Khalid at his residence, urging him to continue working as the chief legal officer. However, Khalid was not interested at that time and Anwar was appointed the AGP.

It has also been learnt that there is an old rivalry between the law minister and Khalid over ideological differences.

Khalid was vocal against the unconstitutional steps of former military ruler Gen (retd) Pervez Musharraf when Naseem was the Sindh advocate general during his regime. He opposed Musharraf’s Provisional Constitution Order and wrote several articles it.

Khalid’s professional career spans over two decades. He enrolled as a high court advocate in 1991 and became an advocate of the Supreme Court in 2004.

His father, Prof ND Khan, has remained associated with the PPP for a long time.

Khalid has served as legal adviser to the AGP, and in this capacity, advised Benazir Bhutto on legal matters during her second tenure (1993-1996) as the prime minister.