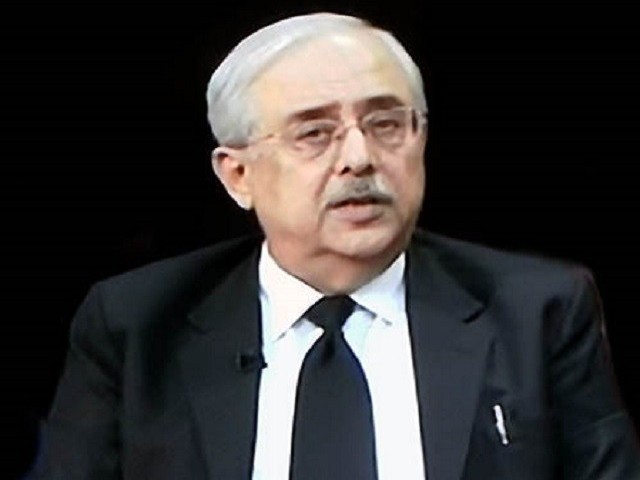 ISLAMABAD: Anwar Mansoor Khan resigned as the attorney general of Pakistan on Thursday.

In a letter addressed to President Dr Arif Alvi, Khan said he was a life-time member of the Karachi, Sindh and Supreme Court bar associations and wanted to “reaffirm faith in the highest principles of integrity and professional excellence that the Pakistan Bar Council has always stood for”.

“Accordingly, I hereby resign from the position of the Attorney-General for Pakistan and request you to accept it with immediate effect,” he wrote.

“In the last year-and-a-half, I worked to the best of my ability to serve this solemn office with honesty of purpose, and commitment to upholding the Constitution,” he added in the resignation submitted to the president.

But a source confirmed to The Express Tribune that Khan was forced to resign by the federal government.

Emphasising that the federal government and the law ministry held the superior judiciary in “highest respect and esteem,” the respondents dissociated themselves from Khan’s statement.

“The federal government and answering respondents verily believe in the rule of law, constitutionalism and the independence of judiciary,” said the response submitted before the apex court. 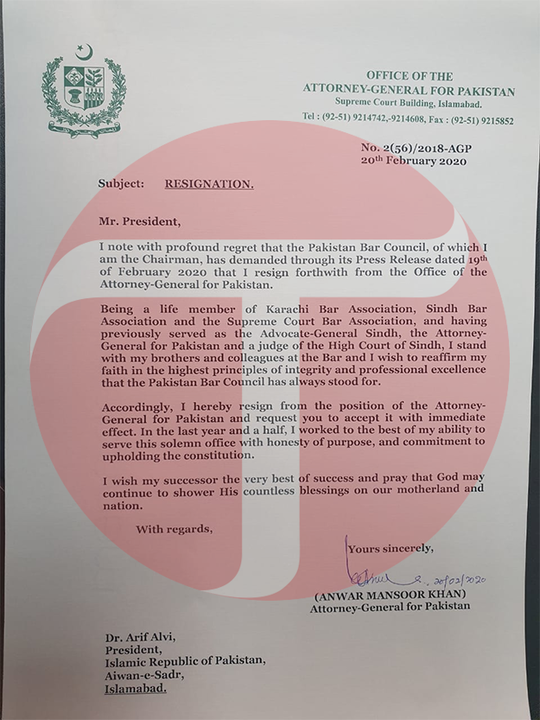 The Express Tribune has learnt that the federal government was already considering replacing the attorney general.

A senior PTI lawyer told The Express Tribune that the Pakistan Tehreek-e-Insaf government was looking for a new chief legal officer but could not find a better option.

Renowned lawyer Makhdoom Ali Khan has already turned down the offer to take over the position while Naeem Bukhari is ‘uninterested’. However, the federal government has a few other names under consideration.

Reportedly, certain individuals within the ruling party were critical of the legal team since November 2019. They argued that the Khan-led team was neither making progress in key matters pending before courts nor helping build a cordial relationship with the superior bars.

In his opening remarks in February 18 hearing, Khan had stated: “I try to act with some grace. I am aware in [sic] my personal knowledge and I say this because there was [an] unprecedented attack on [a] few judges before this court for them to recuse earlier which I thought was not a fair thing. It was trying to find a convenient court. It is in my personal knowledge as [to] how this petition was drafted and who was privy to this petition, my lords but despite this, I will not object to anyone sitting on [sic] this court. I am not going to object [to] anyone. This is [a] fact.”

The AGP was forced to retract his statement as it drew the ire of the judges.

The apex court decided to take up the matter in February 19’s hearing. Following the court proceedings, the PBC decided to file a contempt petition against Khan and Law Minister Dr Farogh Naseem over the chief legal officer’s statement.

The proposed petition read that the AGP had intentionally made the statement before the court which was proof that the process of “surveillance of judges” was still underway.