Sinha's appear­ance on this side of the border is surpri­sing to say the least
By Entertainment Desk
Published: February 20, 2020
Tweet Email 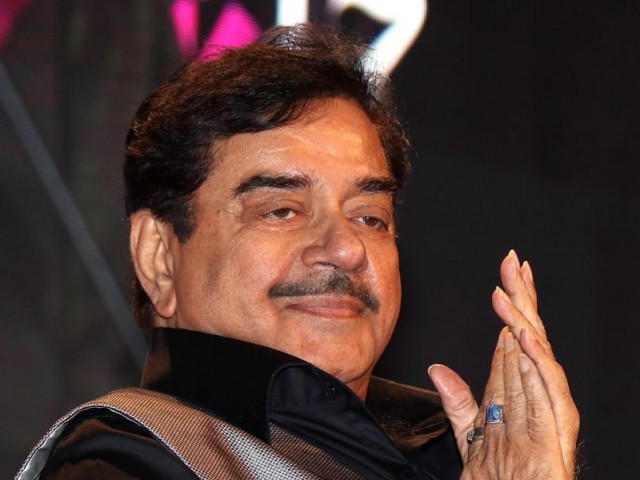 Indian film actor and politician Shatrughan Sinha is apparently in Pakistan, as confirmed by a local photographer’s posts on his Instagram.

Videos of the former member of Lok Sabha attending a wedding in Lahore, Pakistan have gone viral on local social media, with a number of people wondering how this came about. Osman Pervaiz Mughal (@opmshoots) posted the videos.

Not just this, Pakistani star Reema was also spotted at the same wedding event, which has made the images and videos even more viral on the internet.

In light of the current political situations between India and Pakistan, Sinha’s appearance on this side of the border is surprising to say the least.

Recently, actor Salman Khan who has appeared alongside Sinha’s daughter Sonakshi in the hit Dabangg franchise, refused to perform at a show organised by a Pakistani. Last year, singer Mika Singh was also banned from working in the Indian film industry after performing at a wedding in Pakistan.

Rani Mukerji reveals how she became more confident about her height