Their status as the Duke and Duches­s of Sussex will offici­ally change on March 31
By AFP REUTERS
Published: February 20, 2020
Tweet Email 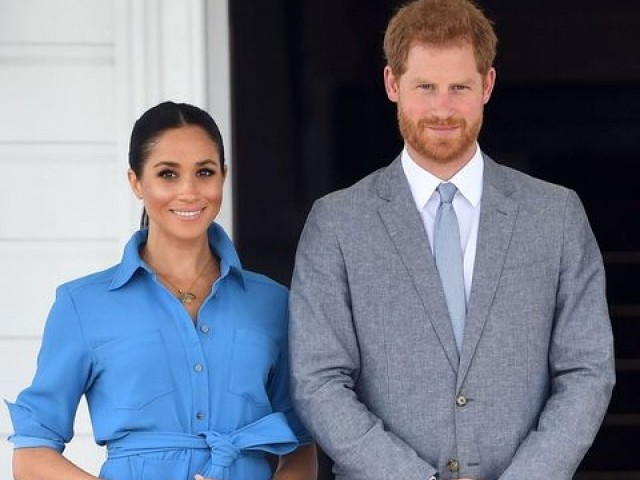 REUTERS: Prince Harry and his wife Meghan will carry out their final public engagements as senior working members of Britain’s Royal family.

Their last events will take place in late February and March before their status changes on March 31, ITV’s Royal editor reported on Wednesday.

Citing Buckingham Palace, Chris Ship said Harry and Meghan, who abruptly announced their intention in January to step down from their duties as senior Royals, would no longer have an office at Buckingham Palace after April 1.

The Duke and Duchess of Sussex joined hundreds of veterans and their families at the 91st Field of Remembrance at Westminster Abbey, to honour and remember those who lost their lives in service of their country. Their Royal Highnesses each planted a Cross of Remembrance, paying respect to those who have served in our Armed Forces. They were then honoured to spend time meeting with veterans and family members from all areas of the Armed forces – from those who have served in past campaigns to more recent conflicts. This is the seventh time The Duke has attended the Field of Remembrance – having previously accompanied The Duke of Edinburgh for several years. The Duchess of Sussex was grateful to be able to join her husband on this important day and to personally recognise those who have served. #remembrance #lestweforget

While the duo may have stepped back as senior members of the Royal family, they’ve made clear they’re still ready to support the Queen of England.

According to the Sunday Times, Queen Elizabeth has called upon the Duke and Duchess of Sussex, including baby Archie, to return to the U.K. to attend the annual Commonwealth service.

The event will take place at Westminster Abbey on March 9 as part of their final appearances. The couple is expected to arrive in the country with Archie for official engagements before returning to Canada.

The Times sources say the Queen is “remarkably relaxed” and “unfazed” by the Sussexes’ new arrangements, and has said the monarchy must not stand in their way. “If that’s what they want, if they want to go, we must let them go,” the Queen reportedly told friends.

Meghan and Harry wrote in their initial statement via Instagram that they wish to ‘carve out a progressive new role in the institution.’

“We intend to step back as ‘senior’ members of the Royal Family and work to become financially independent, while continuing to fully support Her Majesty The Queen,” the duo shared on January 8.