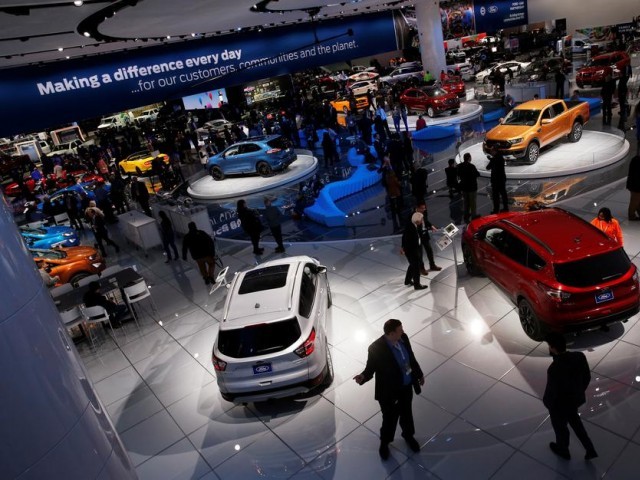 KARACHI: Indus Motor Company (IMC) booked a profit of Rs985.8 million in the second quarter ended December 31, 2019 against earnings of Rs3.4 billion in the same period of 2018, a decline of 71%, according to a notice sent to Pakistan Stock Exchange (PSX) on Wednesday.

In the Oct-Dec 2019 quarter, earnings per share (EPS) came in at Rs12.54 against Rs43.31 in the second quarter of previous year. “The earnings came in below our expectations on the back of lower-than-expected gross margins,” said Topline Research analyst Hammad Akram.

Combined sales of completely knocked down (CKD) and completely built units (CBU), produced by Toyota-IMC, stood at 14,453 units in the first half of FY20. They were down 56% from sales of 33,087 units in the same period of previous year, according to a statement issued by IMC. According to the company, the decline was mainly due to increase in customs duty and levy of federal excise duty. It stated that while the rise in interest rate reduced auto financing, the devaluation of the rupee was also a factor behind the decline. IMC’s net sales revenue for the half year ended Dec 31, 2019 declined to Rs42.8 billion as compared to Rs76.4 billion in the same period of last year. 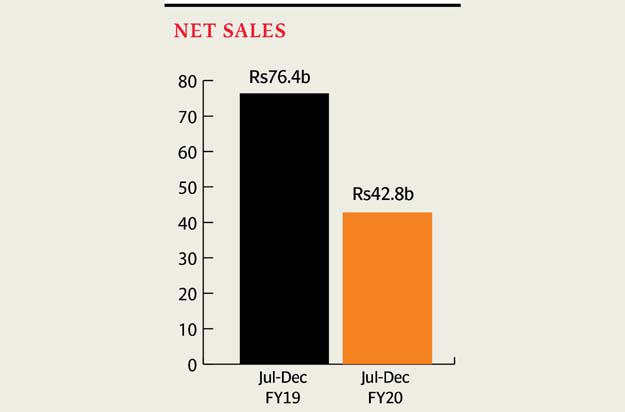 Board of directors of the company declared the second interim cash dividend of Rs6 per share for the half year.

The demand for automobiles declined significantly in Pakistan in the first half of FY20 due to a slowdown in the economy, devaluation of the rupee against the US dollar and various structural reforms and policies of the government, said the company.