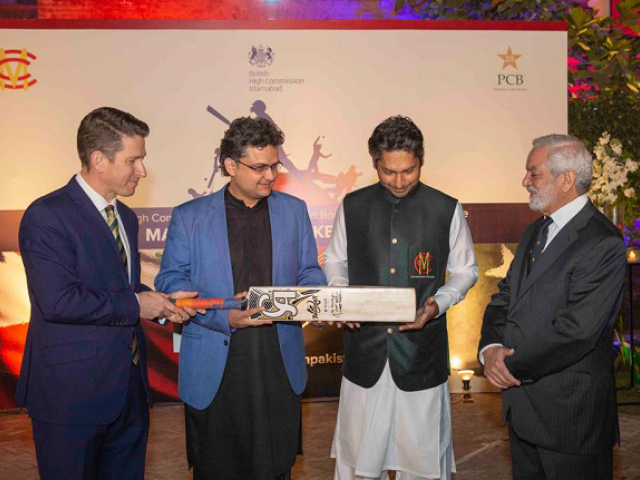 LAHORE: British High Commissioner Dr Christian Turner has appreciated Pakistan for hosting a tour for Marylebone Cricket Club (MCC), terming it a sign of “improved security situation” in the country.

He paid a tribute to one of the world’s oldest cricket clubs MCC for undertaking a week-long visit, which is concluding on Wednesday, to the country hosted by the Pakistan Cricket Board (PCB).

The high commissioner on Saturday hosted a reception in Lahore to celebrate the collaborative efforts to bring the international cricket back to Pakistan.

The reception was an opportunity to show the warmth of enduring UK-Pakistan ties and the power of sport to strengthen people-to-people connections, the British diplomat was quoted as saying.

At the reception, Dr Turner also  showcased his cricketing skills by batting, bowling and keeping wickets with the cricket legend and MCC President Kumar Sangakkara.

Tried my cricket skills with the legend himself @KumarSanga2 keeping wicket. Was hoping to hit a six but got bowled in spectacularly bad style #UKPakDosti pic.twitter.com/vYNc3orPJN

Senator Faisal Javed attended the reception on behalf of Prime Minister Imran Khan, and presented a bat signed by the premier to Sangakkara.

“To welcome the world’s oldest and most famous cricket club is a sign of confidence in Pakistan, and of the improved security situation that led to the change in the UK travel advice,” the British envoy said.

“Cricket is in our blood and one of the many bonds that binds us together.  I hope it is a step to welcoming an England cricket team back to Pakistan,” he added.

Commenting on the tour, Sangakkara said:  “We were thrilled to be here in Pakistan. The Pakistan Cricket Board has done a tremendous job in rebuilding the international cricketing landscape here, and for MCC to be touring the country is a momentous occasion for everyone involved.”

The aim of the tour, he said, is to encourage international teams to visit Pakistan and we hope that this trip goes a long way to achieve that aim.

Also present at the reception were the MCC squad, Punjab Governor Chaudhry Sarwar, members of parliament, senior members of the PCB, Pakistan’s cricket stars, artists and influencers from the media industry. 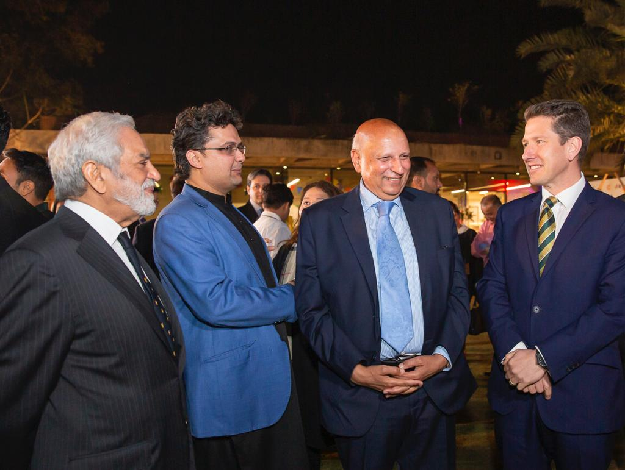