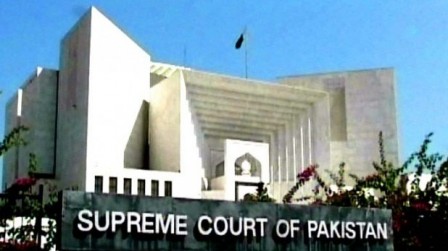 Hassan Sharjeel, the son of journalist Shakeel Turabi, is missing for the past six months

ISLAMABAD: The Supreme Court on Tuesday ordered Islamabad capital police chief to produce Hassan Sharjeel, the son of journalist Shakeel Turabi, before the court on Wednesday (today). The boy is missing for the past six months.

“We will see your performance tomorrow and then pass an appropriate order,” Supreme Court Chief Justice Iftikhar Muhammad Chaudhry remarked.

The three-member SC bench, headed by the CJP and comprising Justice Ghulam Rabbani and Justice Khalil-ur-Rehman Ramday, heard the suo motto case. It reprimanded Islamabad capital police for failing to trace Hassan Sharjeel up to now.

The IGP sought more time as he contended the case was much complicated and will take more time to solve.

In his remarks, the CJP said, “We will not give you more time as already you have spent six months in the case.” He added: “Both of you go to the secretary interior and tell him that you cannot solve this case and (that) you are incompetent.” The IGP submitted that he had been appearing in the court earlier also and once he recovered a missing child within 72 hours on court orders, to which the CJP observed: “Till the recovery of this boy we will not appreciate you at all.

“If you achieved hundred tasks but failed to accomplish the next, your performance would be considered poor.”

The CJP remarked that recently he visited Quetta and the same cry he heard from people that their beloved ones were missing. “We will not compromise on the duty assigned under the law for which we take salary,” he observed.

Justice Ramday observed that the capital police did not even know that under its nose land mafia is occupying land in the vicinity of Islamabad. The police are either helpless or involved in it, he said, adding “courts are the guardians in such cases”.