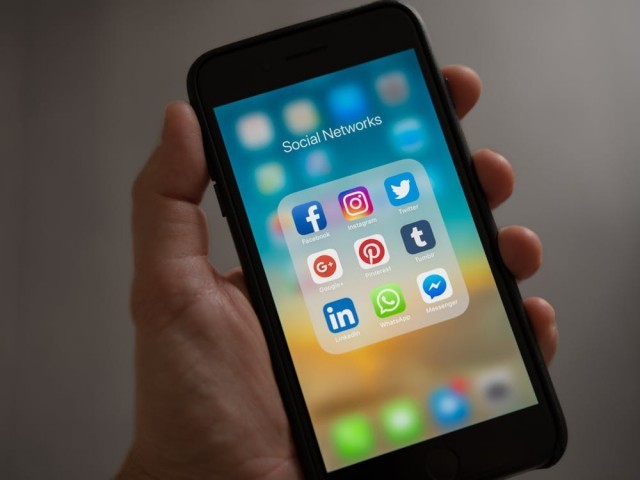 ISLAMABAD: Prime Minister Imran Khan on Tuesday directed the information technology ministry to take stakeholders on board before implementing the government’s recently introduced social media rules which critics denounce as an attempt to stifle dissent and free speech.

“The social media rules are not aimed at silencing positive criticism and political dissent,” the premier sought to clarify while presiding over a meeting on the matter.

He instructed that input from stakeholders should be incorporated in the rules.

“The only purpose of introducing the rules is to protect citizens. They’ve been prepared keeping in view the need for protecting children, minorities, and religious and national security sensitivities,” he added.

He noted that many countries, including the UK and Singapore, are introducing laws to regulate social media.

The Citizens Protection (Against Online Harm) Rules, 2020, approved by the federal cabinet, requires all social media companies, including YouTube, Facebook, Twitter and TikTok, to register within three months and establish their offices in Islamabad.

They will also have to create a data server in Pakistan within a year and block any account or prevent or remove any content that “violates or affects the religious, cultural, ethnic, or national security sensitivities of Pakistan” and is “involved in spreading of fake news or defamation”.

The Asia Internet Coalition (AIC), an association of leading internet and tech companies including Google, Facebook, Apple, Twitter, Amazon, AirBnb, Booking.com, Expedia Group, Yahoo, Grab, LinkedIn, and Rakuten, has warned that the rules would severely cripple the growth of Pakistan’s digital economy and make it extremely difficult for its members to make their services available to the country’s users and businesses.

In a letter written to PM Imran, Jeff Paine, the managing director of the AIC, noted that the rules were vague and arbitrary and urged Islamabad “to initiate a proper public consultation to ensure wider participation to develop a new set of rules”.

“No other country has announced such a sweeping set of rules, Pakistan risks becoming a global outlier, needlessly isolating and depriving Pakistani users and businesses from the growth potential of the internet economy,” he added.

The Human Rights Commission of Pakistan (HRCP) has also expressed its concerns the authorities wanted to use the regulations to control the “freedom of expression and opinion in the guise of protecting “religious, cultural, ethnic, and national security sensitivities”.

“After imposing extensive censorship on the print and electronic media, the new rules are aimed at controlling social media, which is the last vestige of free space,” it added.

“Instituting such stringent rules will contract the space that exists for citizens to access information that the mainstream media does not, or cannot, provide.”

The country’s superior bars have strongly reacted over the PTI-led government’s social media policy, maintaining that it was aimed at restricting the right of access to information.

“The policy was approved in a completely secretive manner without any consultation with the stakeholders, including the legal fraternity, media community and other civil rights groups,” read a statement issued by the Pakistan Bar Council.

The Supreme Court Bar Association has demanded that the governing machinery and legislators of the country should refrain from making any legislation, which undermined the sanctity of Article 19 of the Constitution as well as to limit the freedom of the press.

“The legal fraternity will resist any attempt to snatch the right of freedom of speech, which is guaranteed as a fundamental right in our Constitution,” it added.

Senator Raza Rabbani, a senior PPP leader and former Senate chairman, has submitted a requisition to the Senate Standing Committee on Delegated Legislation for convening a meeting to take up the social media rules.

Nighat Dad, who runs the not-for-profit Digital Rights Foundation in Pakistan, believes that the new rules will give the authorities unflinching powers to stifle social media.

“The worrying part for me is that the definition around extremism, religion or culture is so wide and ambiguous and that means they have these unfettered power to call any online content illegal or extremist or anti-state,” she added.

“I do fear that this will be used against dissent, free speech and for political gains.”