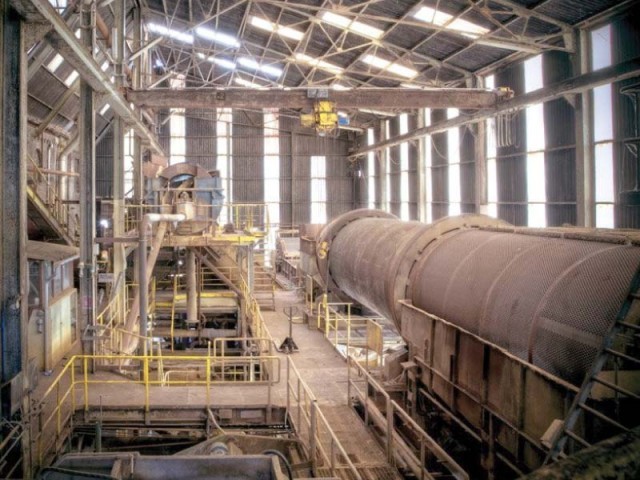 The SBP has reported that foreign companies investing in Australia are allowed to repatriate profits, dividends and capital. PHOTO: FILE

The ECC, which is scheduled to meet on Wednesday, is set to consider for approval a 13-item agenda including the acquisition of shares in the Australian sugar mill by the Pakistani group.

Sources told The Express Tribune that Almoiz Group had approached the State Bank of Pakistan (SBP) through an authorised dealer – Habib Bank Limited (HBL) – to seek approval for investment of AUD 40.10 million (around US$27.5 million) for acquiring up to 54.3% stake in ICSM.

To liberalise and deregulate the country’s economy, the federal cabinet in its meeting held on May 16, 2001 allowed equity-based investments abroad by resident Pakistani companies on the basis of a set criterion.

The criterion, which stipulated that cases of private sector would be dealt by the SBP and decided by the ECC, was subsequently amended by the ECC in its meeting held on August 29, 2002. It decided that proposals of up to US$5 million would be approved by the SBP.

The central bank has carried out a detailed analysis as per the criterion laid down by the ECC and the criteria for equity investments abroad under the Foreign Exchange Manual 2019 and has supported the acquisition of up to 54.3% stake in ICSM Australia by Almoiz Group.

In its analysis, the SBP has reported that foreign companies investing in Australia are allowed to repatriate profits, dividends and capital, adding that businesses of Almoiz Group and ICSM are similar in nature with both engaged in sugar manufacturing.

The ECC will also consider a summary prepared by the Power Division for the signing of a liquefied natural gas (LNG) supply agreement on “as available” basis.

The Punjab government is setting up a 1,263-megawatt LNG-based power project near Trimmu barrage, which requires 119 million cubic feet of gas per day (mmcfd).

If approved by the ECC, the Power Division will sign a power purchase agreement (PPA) with Trimmu on “as available” basis.

According to the agreement, if Trimmu needs LNG, it will provide a three-month notice based on which petroleum entities will procure LNG. Once Trimmu gives the notice, the quantity specified will become “take or pay” on a daily basis.

There will be no limitations on the Petroleum Division in mitigating its risk profile of “take or pay” supplies and it may sign firm contracts with any other users to tie up additional 200 mmcfd of firm capacity.

According to an analysis conducted by the Power Division, the running of LNG-based power plants on 66% must-run scenario has become uneconomical due to the long-term contracts for LNG supply, which do not have the price flexibility and are pushing the LNG-based power plants lower in the economic merit order.

The Power Division said if these trends in prices as well as load forecast remained unchanged, the existing minimum guaranteed offtake of 66% under the PPA would not be the most economical while replacing local coal, locally produced low mmbtu gas and imported coal.

It will further translate into a cumulative loss of Rs202 billion up to 2025, when prices for Qatar LNG supply will come up for review.