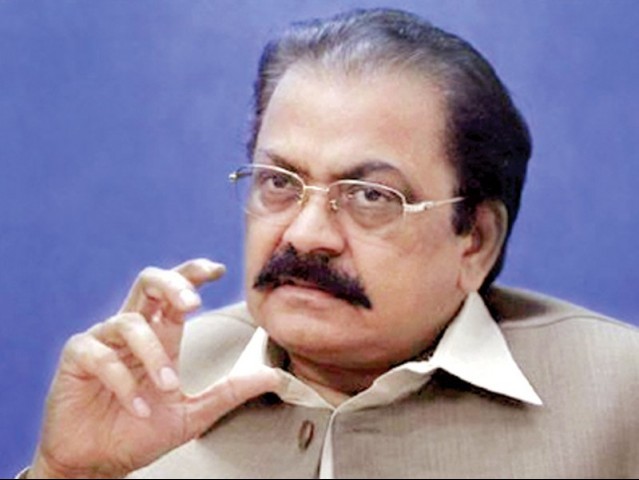 LAHORE.: The Pakistan Muslim League-Nawaz (PML-N) distanced itself from Jamiat Ulema-e-Islam-Fazl (JUI-F) protest movement after party leader Rana Sanaullah said that any protest launched without taking all opposition parties onboard would be a “big mistake”.

Earlier this month, JUI-F chief Maulana Fazlur Rehman had announced a second round of anti-government drive  with a convention in Karachi on February 23, a national convention in Islamabad on March 1 and Azadi March in Lahore on March 19.

He had also criticised the PML-N, PPP and PML-Q, saying the situation had changed after the passage of bills pertaining to the extension of the services chiefs.

Fazl said that there was no contact between him and PML-N leader Nawaz Sharif as well as PPP chief Asif Zardari since they voted for extension in the services chiefs’ tenure.

“The PPP and the PML-N are not a part of our movement so far,” he said.

Sanaullah suggested that all opposition parties should join hands for the launch of a joint movement against the government.

“Division in opposition camps over dates of Azadi March is what failed the pervious movement,” he said.

Despite concerns over timing, Maulana went ahead with the movement, which left behind both the parties [PPP and PMLN],” he added.

“Any one-party movement would not yield any result in future as well.”

Sanaullah maintained that the PMLN would unite all opposition parties for a joint launch of movement instead of going solo.

“Shehbaz Sharif under the platform of all parties’ conference will bring all opposition parties on table for a consensus,” he said.

This the second time in two days that Rana Sanaullah has put the onus of failure of Azadi March on Fazl’s decision to proceed without taking other parties onboard.

Earlier, in a press conference on Saturday, he had said that JUI-F should have taken PML-N into confidence before the announcement of the second round of anti-government movement.

“The PMLN was suggesting December, while the PPP opted for March as the suitable month for protest. But still Maulana chose to take a solo flight,” he said.

Commenting on the matter, JUI-F Deputy Secretary General Maulana Amjad Khan said his party did not want to split the opposition if PML-N President Shehbaz Sharif was planning to unite them under one umbrella.

“All opposition parties were united in APC previously. PML-N had the opportunity to keep the unity intact,” he said.

The JUI-F leader regretted the PML-N decision to abandon the JUI-F anti-government drive.

“Our plan will move ahead come what may,” he reiterated.