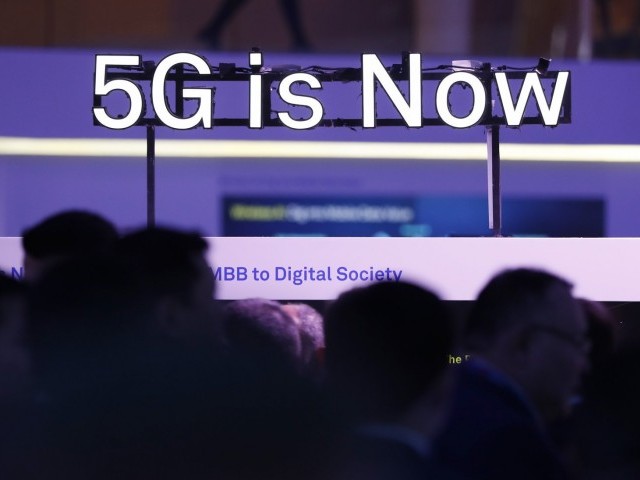 ISLAMABAD: Ever since the acknowledgement of Chinese ascendency in 5G by US President Donald Trump – thanks to Huawei, the hype of 5G has picked up.

In Pakistan, Pakistan Telecommunication Authority (PTA) did the commendable job of providing trial spectrum to mobile operators, thus giving the general public an opportunity to “touch and feel” 5G. Now the question is, are we ready for 5G? In the rest of the world, preparations are already on. For example, Malaysia set up a broad-based “The National 5G Task Force” in November 2018 to study and recommend a holistic strategy for 5G. It came up with a comprehensive plan in December 2019 on which action has started. Last week, even Myanmar released a white paper on 5G adoption including a spectrum release timeline.

What is required to start 5G?

There are five main “ingredients” of 5G – spectrum, radio base stations, optic fibre cables, user devices and use cases. The frequency spectrum required by 5G is several times larger than 4G. Spectrum is something that is in the air, but only that amount of spectrum can be used which the government allows.

The base stations required by 5G are also a lot more. Since 5G equipment of a base station is much smaller and each one consumes very little energy, more of those massive towers are not needed anymore. New 5G base stations will be mounted on street light poles, bus stops, buildings, etc.

Since each base station transmits and receives colossal amounts of data, it needs to be fed by big data pipes, read: optic fibre cables. Imagine optic fibre cables reaching every street light pole in congested localities! The resulting fibre network becomes so dense that 5G looks almost like a fixed line network!The number of 5G user devices will simply explode. They will not be just smartphones, dongles and wireless routers, rather more of them will be sensors attached to things like cars, plants, cattle, surveillance cameras, robots, drones, utility meters and so on.

The 5G ‘use cases’ that are visible so far relate mainly to “high-end” applications like driverless cars. Use cases for developing countries will emerge slowly – just as ride-hailing, mobile banking, etc appeared with 4G.

The Malaysian 5G Task Force recommends that independent agencies should be provided access to 5G to develop local use cases.

Where do we stand?

Let us see how ready we are with the above five main ingredients.

Pakistan started early. In October 2017, the IT ministry issued a policy directive for 5G trials. In late 2019, PTA published a corresponding framework, which led to 5G trials by Zong and Jazz. However, the overall spectrum, currently available in Pakistan, is less than in almost all comparable countries. It is not even sufficient for a reasonably good-quality 4G. If and when any more spectrum will be offered is not known, because there is no publicly available spectrum road map.

Spectrum is a precious limited natural resource which becomes productive for the economy only when it is put to use. That is why the number of countries giving it free of charge is increasing, eg Japan, China and now Malaysia. Not releasing spectrum (even priced) is not understandable. It is sheer waste of a precious limited national resource.

The waste is even more worrying when an operator possesses a chunk of spectrum that he is unable to use but cannot sell or trade it with another operator whose business may be choking due to a lack of spectrum. This is because the necessary implementation frameworks for spectrum-trading and sharing are missing.

Optic fibre penetration in Pakistan is also among the lowest in comparable countries. Less than 10% of towers are connected with fibres. Optic fibre is an extremely capital-intensive investment with very slow rate of return, therefore difficult to come by.

On top of that, getting Right of Way (RoW) permissions for laying optic fibres is not just cumbersome, it is also very expensive. Most custodians of RoW (highways, railways, city development authorities, cantonments, housing authorities/societies) act as rent-seekers rather than providing their residents with affordable high-speed internet.

In case of radio base stations, in addition to the rent paid for the space occupied by a tower, RoW charges have also to be paid. Sometimes additional charges (like sky tax) are also payable. The high prices of devices (particularly when taxed high) act as entry barriers for potential users. Eighty-two countries of the world (including Vietnam, India, the Philippines and Malaysia) have signed World Trade Organisation’s (WTO) IT Agreement to abolish taxes on IT products. Not Pakistan.

As for the development of local use cases, local developers have yet to get access to 5G.

What needs to be done by us?

Firstly, like Malaysia, we need a 5G plan made in consultation with all the stakeholders. Parallel to that, the publication of a five-year rolling spectrum plan, along with frameworks for spectrum-sharing and trading and a new mobile broadband licensing framework are needed.

Potential investors – who are predominantly foreign – must see predictability and interest of the government, which is essential for big investments. Then, large chunks of contiguous spectrum need to be auctioned, but with two stipulations – spectrum to be technology neutral, freely usable for 4G till the time it is utilised for 5G; and spectrum floor prices to be worked out afresh, in consultation with all stakeholders, or completely change the model from upfront payments to revenue-sharing.

More spectrum with the operators will accelerate 4G penetration, leading to a tipping point for 5G. In return, ambitious targets should be given to the operators, regarding coverage, quality and even things relating to other goals of the government, like financial inclusion, eAgriculture, etc. Due to a huge amount of fibres required by multiple operators, there is a need to incentivise independent infrastructure providers too. They build infrastructure and lease it out to the telecom operators.

This way several telecom operators ride on the same infrastructure, saving duplicated investments and repeated digging of roads. The telecom operators then compete on the basis of services that they offer. The current RoW charges, as well as procedures, need to be completely overhauled. The government has to put its foot down and strengthen the laws governing RoW.

The objective should be to facilitate the service providers in providing citizens with affordable access to modern technology.

To make IT devices and equipment affordable, we need to emulate 82 countries by acceding to the international IT Agreement and lowering IT tariffs. Signing of an international treaty will also send a strong positive signal of our credibility and seriousness, to the global IT investor community. The argument that it will harm the local hardware industry is negated by examples of leading countries in hardware manufacturing who are all signatories of the IT Agreement.

In order to come up with our own indigenous use cases, access needs to be provided to universities, research institutions and other interested entities to the ongoing 5G trials, so that they can start developing own use cases in education, agriculture, health and so on.

Finally, the ongoing mobile licence renewal dispute needs to be settled. With three out of four licensees in courts against the government, that too on a fundamental issue, the investment climate for 5G appears bleak. Back in May 2019, I proposed in this newspaper that the licence renewal dispute may be resolved out of court. But probably fear of NAB precludes such a win-win option. In the meantime, time is quietly slipping. We must urgently think of something out of the box. And move forward.