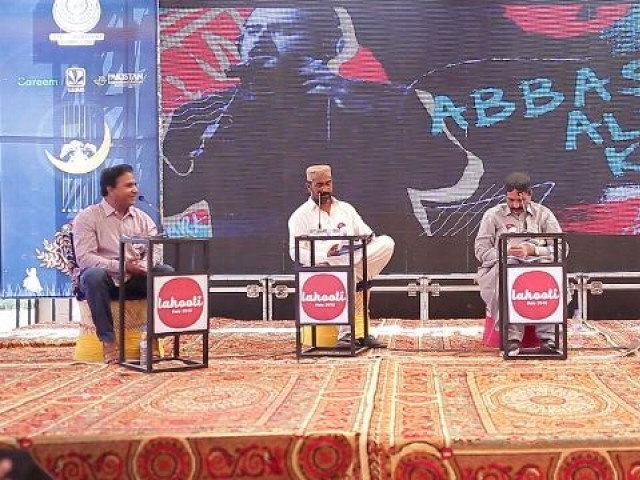 KARACHI: Sindh is fast losing land to its cities.

So said renowned architect and urban planner Arif Hasan, speaking at the inauguration of this year’s edition of Lahooti Melo, themed ‘Eco, Not Ego,’ at the Mehran University of Engineering and Technology (MUET), Jamshoro.

In 1972, according to him, there were 500,000 acres of forest land; in 2015, there were only 98,000 left. Meanwhile, almost 600,000 square kilometres of agricultural land had been swallowed up by cities, while 16,000 acres of mangroves have been converted into urban properties in the last eight years. On the land formerly occupied by mangroves, 61,000 apartments and 300,000 plots remain vacant and unused.

It goes without saying that this has ecological consequences. What we need, he believes, are serious urban land reforms, not rural land reforms.

Pointing to the Supreme Court’s recent orders to demolish illegal encroachments, Hasan stressed the impact that anti-encroachment drives would have on Sindh’s housing woes too. “The drive needs to be delayed – or prevented once and for all,” said Hasan. “A new urban nomad will be created across Sindh in the coming days.”

In Hasan’s view, the urbanisation of Sindh is not like that in other provinces; policymakers sitting in Islamabad do not understand this. “Karachi constitutes 62 per cent of urban Sindh, but Lahore is only 22 per cent of urban Punjab,” he explained, noting that 13 per cent of the rural-urban migration between 1998 and 2018 had involved movement to the megalopolis. “What will happen after 20 more years?”

Discussing transportation in Karachi, Hasan said that transit projects – including the much-heralded restoration of the Karachi Circular Railway, would only cater to six or 7.5 per cent of the city’s population.

Meanwhile, he predicted, the number of motorcycles on the roads would continue rising. Today, there are over three million motorcycles in Karachi, with 800 more being registered every passing day. “Now, women are starting to ride motorcycles too, so it will increase further,” he added.

With 10,000 kilometres of roads and five million vehicles, he said, the system to manage them simply doesn’t exist.

The decade of Pakistani women

“The coming decade is the decade of Pakistani women,” said Hasan optimistically, adding that the age group to focus on is the one between 15 and 24 years of age. “It is our present and our future too.”

Rattling off statistics, he showed that an overwhelming majority of Karachi’s population consisted of unmarried young people. “It is enough to change family structures. It is enough to change gender relations.” Plus, he added 56 per cent of students in Sindh’s universities were now female – as compared to 11 per cent in 1972. In Karachi University, an astounding 72 per cent of students are women.

Music and the environment

The distinctive three-day festival began with the wahi of Shah Abdul Latif Bhitai, as students, academics and political and social activists from across Sindh poured in to witness what they call a ‘unique’ event in the province.

“Music is the voice of the climate,” remarked Pakistan Peoples Party MPA Qasim Siraj Soomro, drawing links between the two themes of the festival. “It is there in thunder and lightning.”

He emphasises the need to educate people about climate change. “An individual or a parliament or a country alone cannot bring about the transformation that is needed, but everyone must be sensitised,” he insisted. “Let’s become attached to the environment. Let’s be emotional about it.”

Soomro claimed that rivers were being ‘sold’ without considering the people who needed them. “Protect your environment. Protect your motherland so that our future generation can have a safe and clean environment,” he urged.

Saif Samejo, the founder and organiser of the Lahooti Melo, observed that it was a challenge to pull off a music festival with a cause in Pakistan. “This year is especially tough, since our theme revolves around sustainability and climate change.” However, he said, chaos always gives people an opportunity to unite.

“Earthquakes and floods have devastated Pakistan in the last two decades,” said MUET vice chancellor Muhammad Aslam Uqaili, adding that Jamshoro, too, may not have clean air in the future if it grows as Karachi has grown. “We will have to think differently if such massive transformations occur in our cities because of climate change,” he added.

Meanwhile, Sindh Livestock and Fisheries Minister Abdul Bari Pitafi stressed that climate change was pushing the world towards drought and food insecurity. Urging people to plant more and more trees, he insisted that everyone must play their roles in combatting climate change.

Birgit Lamm, heading the Pakistan office for Friedrich Naumann Foundation for Freedom, said it was an emotional issue, but we could still do something about it. “In Europe, people think Pakistan is a dangerous country,” she commented, adding that the people of Pakistan had struggled with numerous problems since its inception.

“Industrial countries pollute the environment; they should also do something about it,” she stated.