Woman kills husband for 'sexually abusing' his own daughter

Woman kills husband for 'sexually abusing' his own daughter

Tried to stop him, only to be beaten brutal­ly in return, says 40-year old woman
By ​ Our Correspondent
Published: February 14, 2020
Tweet Email 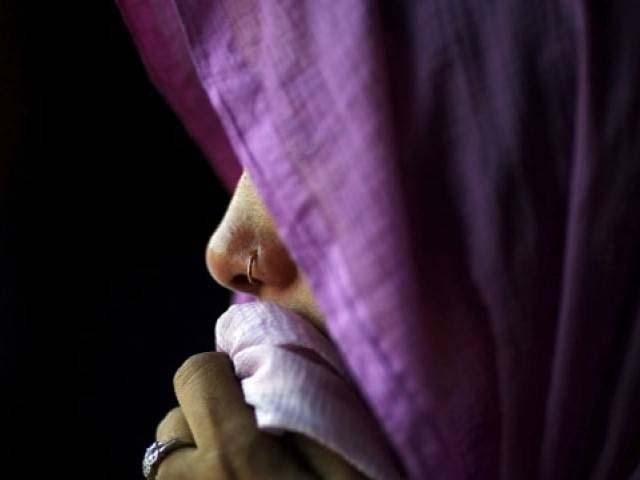 She tried to stop him, only to be beaten brutally in return. PHOTO: FILE

PESHAWAR: In a bizarre incident, a woman shot her husband dead for allegedly molesting their 14-year old daughter in Mirah Surezai area on the outskirts of Peshawar, said the police on Friday.

A police official told The Express Tribune that on receiving information about the incident on Thursday morning, a team of Inqilab police station rushed to the crime scene and found a 40-year old woman, Gul Meena, with the body of a man, identified as her husband, Jan Muhammad.

The police said the woman confessed to killing her husband, alleging that he was involved in the heinous act of sexually abusing her own daughter.

Meena said when she came to know of her husband’s immoral act, she tried to stop him, only to be beaten brutally in return.

Woman murders husband to marry another man in Okara

The woman said that on Thursday morning while her husband was sleeping, she shot him dead. She claimed that her account could be verified from her daughter.

The police have registered a case against the woman and launched investigation into the matter. The accused has been shifted to women police station and the statement of her daughter has also been recorded, according to the police.