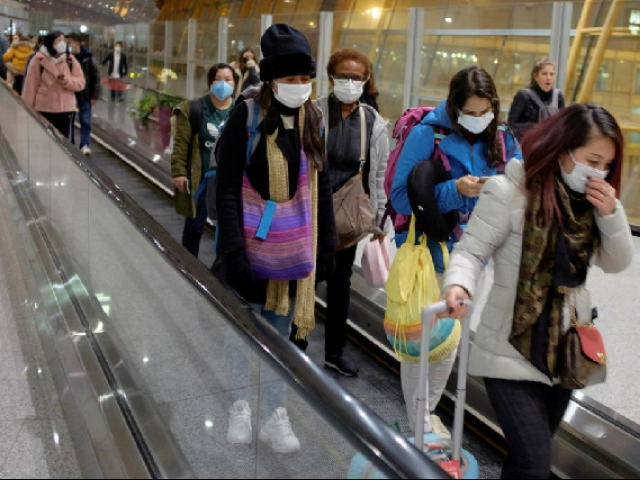 “The plague of racism is insidious, entering into our minds as smoothly and quietly and invisibly as floating airborne microbes enter into our bodies to find lifelong purchase in our bloodstreams.” —Maya Angelou

China is fighting an apocalypse. A viral outbreak of biblical proportions. Literally! The novel coronavirus, COVID-19, has killed close to 1,400 people and sickened tens of thousands of others — all but a few in China. The government’s response has been unprecedented as it moved to stem the spread of the deadly contagion. Cities with millions of people were quarantined, borders sealed, and travels restricted. Two massive state-of-the-art hospitals were built at lightning speed — in less than two weeks, to be precise — in Wuhan city, the epicentre of the infestation. A monumental feat only China can pull off. The Chinese government has done — and continues to do — all it can to snuff out the mysterious epidemic.

Equally praiseworthy is the spirit of its people. They are pitching in, in whatever way possible to augment their government’s efforts. Wuhan, the once teeming city of 11 million, has become a virtual ghost town amid scary scenes described by some witnesses as “reminiscent of doomsday”. But residents are determined to persevere, to fight, and to vanquish the virus eventually. Countless videos have been shared on social media showing the spirit of camaraderie, sacrifice, and community solidarity in the face of a life and death challenge. One clip shows residents in an eerie Wuhan neighbourhood shouting “Wuhan jiayou”, roughly meaning “Wuhan, stay strong” out of their apartment windows to cheer each other up. The chant immediately started trending on the popular Chinese social media site Weibo. Netizens from across the nation posted the phrase in solidarity with Wuhan.

Another video shows a man seeing off his wife, a doctor, as she departs along with other medical volunteers for Wuhan. “Zhao Yingming, if you come back safely, I’ll do the household chores for a whole year,” the man shouts in an emotionally shaky voice as his wife waves back from the window of the bus. And a flight attendant from Hubei province, where Wuhan is located, expresses her gratitude to a planefull of medical workers flying to the stricken city. “I’m very, very grateful to all of you for helping my hometown. I hope you work well and stay healthy in Wuhan,” she says before bowing to the passengers. These and countless other such videos are heartwarming in trying times like these.

China’s efforts and the sacrifices of its people have earned global acknowledgment. The World Health Organisation, which has declared a global emergency, says the “steps China has taken to fight the virus at its epicentre are a good way of stopping its spread”. And the United Nations has also expressed “full confidence in China’s ability to control the outbreak”. China has been working with the global community in the spirit of “openness, transparency” and scientific coordination — something US President Donald Trump has also appreciated.

It’s a shared fight against a common adversary. And it requires a collective response. It requires unflinching solidarity with China and its people. This is something that makes humans, humans. Regrettably, that’s not the case. Officially, the global community stands with China. But practically, China is fighting this epic battle alone. Several countries have evacuated their citizens, suspended trade, cancelled import orders, closed borders, halted flight operations to China, and even pulled out of international events where East Asians were invited. Some of the concerns may be practical. Others are clearly not. The fears set off a global frenzy, exacerbated by some Western media outlets with their sensationalism and disinformation, resurrecting dormant fears of racism, xenophobia, and even sinophobia [fear of Chinese people]. Video clips popped up and immediately went viral on social media after the viral outbreak. One shows the Wuhan wet market, with an array of wild animals on sale, triggering a sickening online debate on the eating habits of the Chinese people.

The most viral video is of travel vlogger Wang Mengyun eating bat soup at a restaurant. The post wrongly claims the video was shot in Wuhan [it was, in fact, filmed in the Pacific nation of Palau]. The New Zealand Herald republished the video without verifying, provoking toxic xenophobic comments. The Herald also republished an article that alleged that the mysterious virus was engineered as a “bioweapon” in a “mystery lab” near Wuhan. It might have been ignored, if such insensitive reporting was limited to some tabloids. But it wasn’t. Germany’s Der Spiegel news magazine flashed on its cover a man in red hoody, goggles and a protective mask, with the headline “Coronavirus made in China”. And Danish newspaper Jyllands-Posten published a cartoon of China’s national flag with the five yellow stars replaced by coronavirus pictograms. Above all, The Wall Street Journal published an op-ed, “Sick Man of Asia”, resurrecting a late 20th century racist tag for China. As if it wasn’t enough, French daily Le Courrier Picard published a print headline, ‘Yellow alert’ and an online version, ‘New yellow peril?’, both featuring an Asian-looking woman’s photo with her mouth covered with a surgical mask. The ‘Yellow peril’ slur was used in the late 19th century-Europe and America for Chinese immigrants who were considered as insidious threats to white morality.

At a time like this, the media is supposed to sensitise people, educate them, dispel fears, but these outlets [some of which have since apologised] apparently sensationalised the tragedy with their wrong editorial calls and insensitive choice of words which could only fuel racial stereotyping and anti-China sentiments. And this didn’t go unnoticed. “These media outfits … should be aware that their racism and xenophobia hurts the feelings of the Chinese people, at a critical time when they are racing against time to fight the disease and save lives,” wrote the state-run Xinhua news agency in a news commentary. And a Chinese TV anchor, Liu Xin, lamented the negative press China has received over the challenge. “China is not only battling the virus but a wave of deeply repugnant and often racist-laden attacks,” she said in a live commentary on China Global Television Network.

It’s not ‘China virus’. It’s not ‘Wuhan virus’. It’s ‘coronavirus COVID-19’. Before assigning a nationality, or an ethnicity, to a virus, let’s not forget viruses are colour blind. They could infect people of any colour, of any nationality, and of any ethnicity. They won’t check passport. They won’t discriminate. China will win this battle. I’m sure, because no challenge is insurmountable for us, humans. But the plague of racism is more insidious, it’s more contagious than coronavirus. And we know that “people will forget what you said, people will forget what you did, but people will never forget how you made them feel”.