Delhi electi­ons will only be known as a moment when the BJP got greedy­
By Farrukh Khan Pitafi
Published: February 15, 2020
Tweet Email 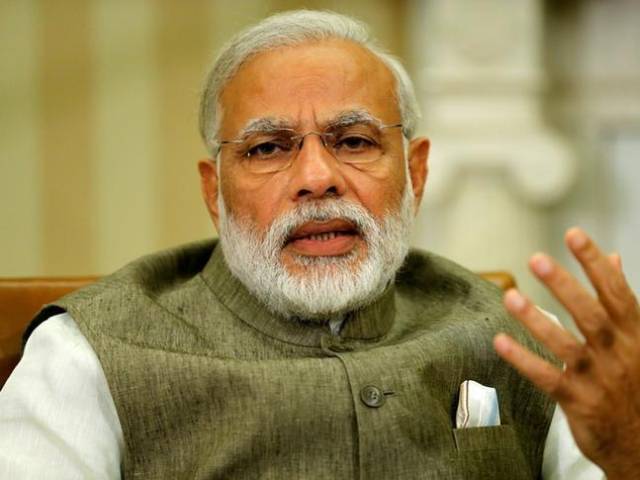 Roughly two years ago in this space, I quoted Francis Fukuyama’s three-step definition of populism. One, populism chooses short-term popular decisions over the long-term interests of the people. Two, populism tends to exclude or “other” some communities. Three, as a personality cult, it revolves around a single populist leader.

Today let me share with you my understanding of fanatics. First, fanatics do not come with a reverse gear. You will seldom find a fanatic backing off from a bad decision. He will double down, give up strategy for tactics and make the same flawed tactic a part of the dogma. Disagree with these tactics and you are his sworn enemy. Two, because of this obstinate faith in his own choices the fanatic spends most of his time conquering his own people. Three, a fanatic by nature is petty and vindictive. Even minor disagreements may make you the target of his wrath. Four, the fanatic has a long memory. Five, fanatics may win a battle, but they do not win wars.

A mix of both sets of these traits was on display in the run-up to the 2020 Delhi elections. It was as if Modi’s cabal had made it a matter of life or death. The state machinery was used without regret. Minorities were openly threatened. The small-time thug that the BJP elevated to the post of the country’s most populous state’s chief minister — Yogi Adityanath née Ajay Bisht — was brought in to scare the opposition parties and protestors alike. Recently, when protests broke out in the Indian state of UP, Bisht’s police reportedly killed many in broad daylight. His worldview and methods are not much different from Radovan Karadžic, the Bosnian Serb convicted war criminal. In Delhi too he spoke about using bullets if the protesters were not ready to listen. And people from his party’s ideological orbit even shot at the protesters. But in the end, all this was to no avail.

As the voting process concluded and the results of exit polls started trickling in, BJP leaders started insisting on camera that these projections were inaccurate, and their party was winning. Perhaps, insisting is too soft a word for the bullying exercise that was visible to the naked eye. Borne out of denial or perhaps reflective of some eventually-abandoned sinister plan to rig the election, the exercise took shape of party members appearing in shows and claiming that there was an unreported last-minute surge in the voter turnout which meant that the BJP was on track to win a comfortable majority. The resulting confusion would drag on until the next day when the Indian election commission decided to end its maun vrat (vow of silence) and announced a turnout figure 5% shy of the BJP claim. Meanwhile, the speculation about the electronic voting machines (EVMs) tampering grew primarily because BJP’s Delhi Chief Manoj Tiwari had planted its seed through a tweet. “All these exit polls will fail. Save my tweet. BJP will win 48 seats and form government in Delhi…please do not search excuses to blame the EVM,” tweeted Tiwari in Hindi, as the exit polls showed the extent of BJP’s defeat in Delhi.

Separately on BJP’s sympathetic TV channels manned by Modi’s poster boys, a different kind of circus was going on. Sudhir Chaudhry, a Hindi TV anchor, was telling viewers that the Delhi voters did not care much about the country’s future, the Ram Mandir, or the fight with Pakistan and were greedy for their own economic gains and too aalsi (lethargic) to show up on the election day. Was cussing the residents of Delhi BJP’s Plan-B? On another channel owned by a BJP leader, Arnab Goswami, a controversial if cartoonish TV personality, was literally running around shouting and denying the results as his channel flashed the unrealistic claims about BJP’s victory in 24 constituencies. These claims were to be disproven shortly. But this unbecoming media circus displayed both the pain the BJP was feeling and the absolute servitude it demands from the country’s leading news outlets. In the end, the Aam Admi Party (AAP) managed to walk away with 62 out of the 70 seats, a decline of five seats from its performance in 2015 but still an overwhelming majority. These five seats went to the BJP, a significant uptick in a territory where it won only three seats in the last elections, a fact obscured by the pandemonium caused by its own bots on television.

What does it mean for Indian democracy? Does this mean Modi’s magic is fading? Or Delhi is just an outlier? It all depends on your perspective. Pundits believe that it is an outlier because Delhi is a city of settlers, people who came from other parts of the country and decided to live in the Indian capital. Then there are those who believe that the economic distress exacerbated by suicidal policies like the CAA and NRC may have impacted the result.

But here are three facts for you. One, the AAP came into existence as a result of Anna Hazare’s anti-corruption movement against Congress’ rule. Hazare later confessed that the BJP exploited his movement. Before the AAP won in Delhi it was ruled by the Congress. As far as Delhi is concerned, AAP’s fresh victory, like 2015, made BJP’s dream of Congress-mukt Bharat (an India free of Congress) a reality as the Congress failed to win a single seat once again.

Two, as various parties fight the BJP in various states and at the centre, they allow their character to change. The Congress had to accept the role of a junior partner to a right-wing former BJP ally in Maharashtra. In Delhi, Arvind Kejriwal, the AAP Chief, had to go to a Hanuman temple and recite Hanuman Chalisa in front of his supporters. So, the centrist parties are pandering to the right-wing sentiment.

Three, except for the 2017 UP surprise and Modi and Amit Shah’s home state Gujarat, the BJP didn’t have much success in the most populous states since 2014. State politics remains local. That is exactly how the BJP stakes the claim at the centre. It has an extensive grassroots party infrastructure that the Congress lacks. That is why a BJP-led state government is just a bonus. Make no mistakes. On the national level, only one party, the Congress, can challenge the BJP’s hold on power. And it has been known to drop the ball. It still does not have a full-time party president though. The 10-year-long uncertainty surrounding Rahul Gandhi’s succession to the throne during his party’s rule and the treatment meted out to Manmohan Singh seriously damaged his image. Perhaps Priyanka Gandhi can bring a difference. Also, the party needs to raise a lot of funds and effect massive reorganisation at the grassroots level. Until that happens and unless he himself so wishes, Modi is going nowhere. Delhi elections will only be known as a moment when the BJP got greedy, tried to dismantle a system which works perfectly for it and failed. Lessons need to be learned.