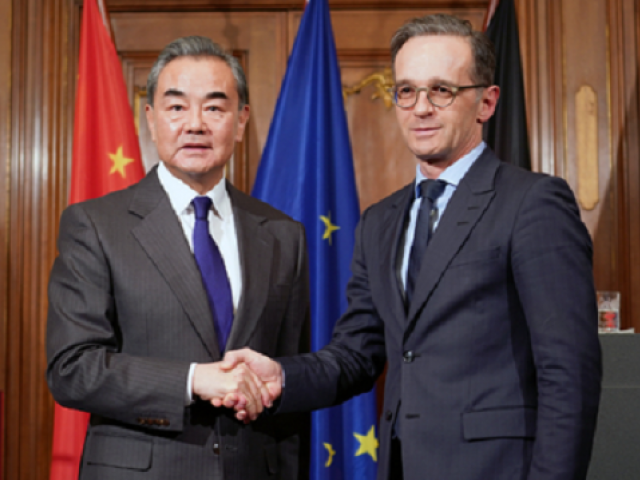 BERLIN: Chinese State Councilor and Foreign Minister Wang Yi has said viruses have no boundaries and the international community should work together to fight the novel coronavirus — COVID-19.

“A concerted international response as well as mutual understanding, trust and support across borders is required to fight the novel coronavirus epidemic,” he said at a joint press conference with his German counterpart, Heiko Maas, after attending the latest round of China-Germany strategic dialogue on diplomacy and security in Berlin.

Since the outbreak of the epidemic, the Chinese government, with a high sense of responsibility for its people and the international community, has taken the most comprehensive, rigorous and thorough prevention and control measures, Wang said.

Noting that the epidemic has begun to be brought under control with hard work, Wang said that except for Hubei Province, the total number of new confirmed cases of infection in other parts of China has been dropping for 10 consecutive days as of Thursday, with the recovery rate continuing to rise and over 6,000 cured patients being discharged from hospital after recovery.

These data and facts show that the epidemic is, on the whole, controllable and treatable, Wang said, adding that with the development of effective drugs, China is fully confident and capable of defeating the epidemic.

Since the outset of the fight against the epidemic, China has adopted an open and transparent manner and cooperated with Germany and other countries in prevention efforts, Wang said, adding that China’s efforts have effectively prevented the outbreak from spreading beyond China, with the number of infections outside China accounting for less than 1 per cent of those inside China.

Noting that the World Health Organisation and various countries around the world have spoken highly of China’s anti-virus efforts, Wang said that China has made both contributions to and sacrifices for maintaining global public health.

As to the effect of the epidemic on China’s economy, Wang said the impact is temporary and China will try to minimise the impact, expressing belief that after the outbreak, the pent-up consumer demand will be released quickly and the economic momentum will rebound strongly.

China is confident that it will meet all targets for its economic and social development this year, complete the building of a moderately prosperous society in all respects and eradicate absolute poverty, Wang said.

The epidemic will not affect China-Germany cooperation, Wang added, noting that the strengthened bilateral cooperation in health and hygiene will bring new opportunities to German companies.

Noting that German Chancellor Angela Merkel and Maas have voiced the German side’s strong support for China’s anti-virus fight on various occasions, Wang thanked the German government and people for their understanding and help.