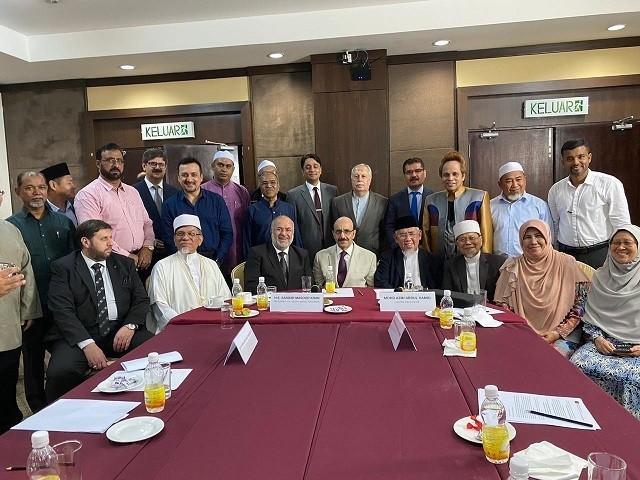 People of Pakistan as well as Jammu and Kashmir do not want war but the right to self-determination of the besieged people of Kashmir in respect to relevant UN Security Council (UNSC) resolutions, he said while addressing an interactive session with the core team of Malaysian Consultative Council for Islamic Organisation (MAPIM) in the Malaysian capital on Friday.

Upon his arrival, the AJK president was warmly welcomed by  MAPIM chief Mohammad Azmi Abdul Hamid along with other officials including Dr Muhammad Adlouni, Secretary General, and Global Coalition for Alquds and Palestine, Datuk Tahir Muhammad. 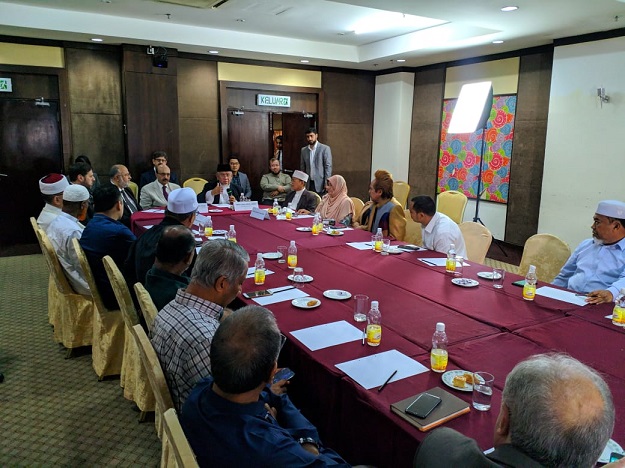 While appreciating the effective role of MAPIM in raising awareness about Kashmir conflict in Malaysia and other regional countries, the state president said that MAPIM is working at its best to propagate peace and prosperity all over the world.

Hailing MAPIM for its contributions in establishing a channel for communication between locals, for which the MAPIM will also establish a Malaysian-Kashmir cultural centre in Muzaffarabad in October this year, the AJK president welcomed the organisation’s proposal for establishing women’s coalition between Malaysia and Kashmir.

While apprising participants about the humanitarian crisis suffered by the oppressed valley locked under New Delhi’s brutal clampdown since August 5, Masood said that the Kashmiris are being killed, maimed and blinded ruthlessly.

“Women are molested and rape has become an instrument of war in IOJ&K,” the president regretted.

Lamenting on the malicious tactics used by the occupiers, the AJK president said that the victims are demonised as terrorists and their struggle for right to self-determination is sighted as a ‘terrorist movement’.

“In our quest to garner support for Kashmir, we have found a very sympathetic voice in Malaysia,” Masood said, thanking the Malaysian Prime Minister Mahathir Mohamad for his staunch support to the right of self-determination of the Kashmiris and for calling ‘a spade a spade’ by voicing out against Modi’s jingoistic approach.

Pertaining to a question from Turkish participants, the president acknowledged the proactive role by the people and government of Turkey for realising Kashmiris’ right to self- determination.

“Turkey has always been very vocal and have stood with the people of Jammu and Kashmir right from the beginning,” the president said, adding that the response of the world public opinion makers would affect narratives worldwide. 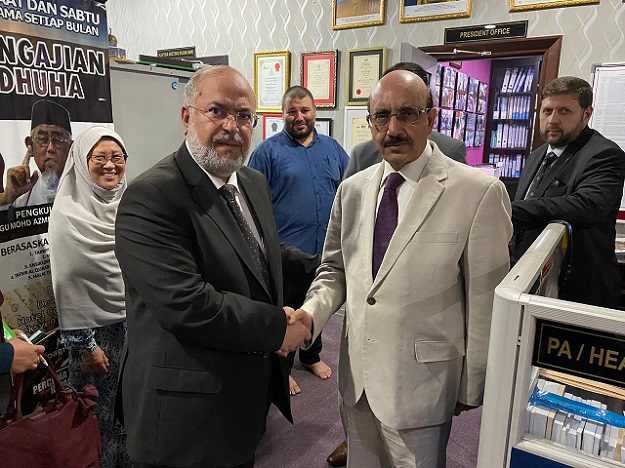 Throwing light on the vitalising role of international media in exposing human rights violations in Occupied Kashmir, the president said that the parliamentarians across the globe have raised their voice for Kashmiris, but unfortunately, the world capitals have remained quiet.

Speaking on the occasion, Dr Muhammad Adlouni said that the sufferings of Kashmiris and Palestinians are similar in a lot of ways since both nations are fighting to liberate their territory from atrocious occupants.

Appealing to the Muslim community to step forward and bring peace in the region, Adlouni urged the world to help stop the human rights violations in Palestine.

Earlier, the president also visited various sections of the MAPIM office and was given a detailed briefing on the functions and achievements of MAPIM by Mohammad Azmi Abdul Hamid.