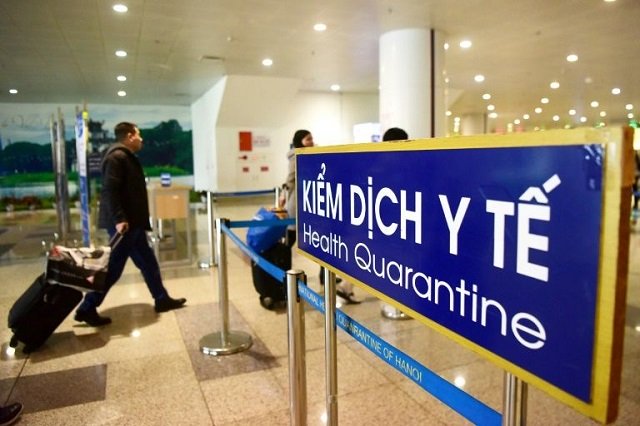 SAINT PETERSBURG: A Russian hospital on Friday filed a lawsuit against a woman for escaping her coronavirus quarantine, complaining of being forcibly held and given inedible meals.

The head doctor of the Botkin hospital in the northwestern city of Saint Petersburg took the highly unusual action against Alla Ilyina to force her to return and undergo medical observation, the city’s court service said in a statement.

A hearing has been scheduled for next Monday. According to Russian laws, leaving quarantine is punishable by a fine.

The woman arrived from Hainan, a Chinese resort island popular with Russians, by plane on February 1.

She was examined several times and eventually diagnosed with “acute virus illness” which did not rule out that this could be the new coronavirus, the local branch of the state health watchdog said in a statement.

They confined her on February 6 for 14 days but Ilyina fled from the hospital after two days, which “could lead to the spread of a dangerous infectious disease” in the city, the watchdog said.

The account has since been switched to private mode but the videos have been reposted on social media and on local news site Fontanka.

In one video, Ilyina says the doctors told her the tests came back clear and promised to discharge her after one day.

She also gave details of her escape from her isolation room.

“There is an electromagnetic lock on the door. I picked the box apart and shortcircuited the wires. The door opened, I packed my things and went to the lift,” she says.

While in quarantine, she complained of lack of necessities such as shampoo and bland meals.

“I am going to lose weight here, because this is not food,” she said, zooming in on a plate of mashed potatoes and canned peas. She also complained a lack of air circulation.

The national health watchdog on Friday did not mention this in its daily dispatch about measures to contain the COVID-19 virus.

Russia has had two confirmed cases of infection, both Chinese citizens, who were successfully treated.

Russia’s aviation authorities said they would ban charter flights to China by Russian companies from Friday.

Most Russian airlines have also stopped regular flights to China, with only the flagship airline Aeroflot still serving routes to and from Beijing, Shanghai, Guangzhou and Hong Kong.

The death toll from China’s virus epidemic crossed 1,400 on Friday with six medical workers among the victims, underscoring the country’s struggle to contain a deepening health crisis.

Where’s the love? Indonesia says no to Valentine’s Day