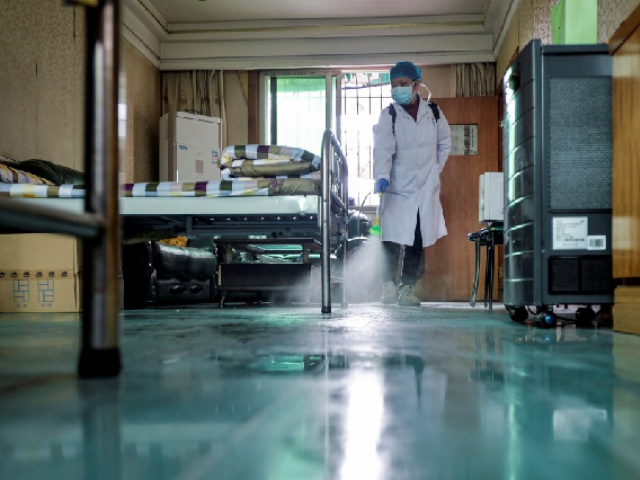 BEIJING: Six health workers have died from the new coronavirus in China and more than 1,700 have been infected, health officials said Friday, underscoring the risks doctors and nurses have taken due to shortages of protective gear.

The figure comes a week after public anger erupted over the death of a whistleblowing doctor who had been reprimanded and silenced by police after raising the alarm about the virus in December.

Zeng Yixin, vice minister at the National Health Commission, said at a news conference that 1,716 health workers have been infected in the country as of Tuesday.

The majority, 1,102, have been diagnosed with the COVID-19 illness in Wuhan, the central city at the epicentre of the crisis, Zeng said. Another 400 were infected in other places in Hubei province.

Chinese authorities have scrambled to deploy protective equipment to Wuhan’s hospitals, where doctors and nurses have been overwhelmed by an ever-growing number of patients.

Many doctors in Wuhan have had to see patients without proper masks or protective body suits, resorting to reusing the same equipment when they should be changed regularly.

One doctor at a community clinic in Wuhan told AFP he and at least 16 other colleagues were showing symptoms similar to the new virus, including lung infections and coughing.

The risks medical staff are facing was highlighted on February 7 when Li Wenliang, the whistleblowing doctor, succumbed to the disease in Wuhan.

His death unleashed an outpouring of grief and anger on Chinese social media, with 10 academics in Wuhan circulating an open letter calling for political reform and freedom of speech.

Banksy plays with violence and innocence in Valentine’s Day graffiti