After eight goals in his four previo­us games, it was the first time new signin­g had failed to score for his club
By AFP
Published: February 14, 2020
Tweet Email 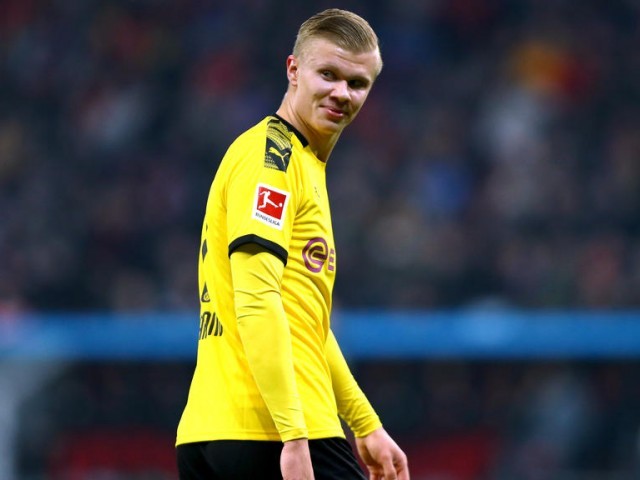 Brazilian football legend has been in and out of hospital in recent years for various health issues. PHOTO: AFP

BERLIN: Borussia Dortmund must tighten their defence and trust teenage striker Erling Braut Haaland to provide the goals against Bundesliga giant-killers Eintracht Frankfurt on Friday after a “week to forget”.

After eight goals in his four previous games, it was the first time new signing Haaland, 19, had failed to score for Dortmund.

Former captain Sebastian Kehl said the Leverkusen defeat capped a “week to forget”, four days after being dumped out of the German Cup with a 3-2 loss at Werder Bremen.

“We’re conceding too many goals, which often means we lose the reward for our work as we’re scoring enough,” said sporting director Michael Zorc.

It will be no easy task to reboot their title challenge at Signal Iduna Park against Frankfurt, while they also have Tuesday’s Champions League last-16 first leg against Paris Saint-Germain looming on the horizon.

Bayern suffered a humiliating 5-1 defeat in Frankfurt last November, and second-placed RB Leipzig also went down 2-0 at the Commerzbank Arena in January.

Dortmund coach Lucien Favre has been correcting defensive flaws in training after neither Manuel Akanji nor centre-back partner Mats Hummels covered themselves in glory in Leverkusen.

“It takes time to correct a few things, but it’s coming,” said Favre, who comes under more pressure with each defeat.

“I don’t see any other solution apart from work, work, work.”

In the four Bundesliga games since the winter break, Dortmund have scored 18 goals but conceded eight.

January signing Emre Can urged his teammates to “play dirty — a foul here, defend better there”.

Eintracht welcome back Dutch striker Bas Dost after a stomach bug kept him sidelined for last weekend’s 5-0 thumping of Augsburg.

Bayern could be without captain and goalkeeper Manuel Neuer at Cologne on Sunday as the Germany skipper has a virus, with reserve keeper Sven Ulreich on stand-by.

The reigning champions are bidding for a seventh win in eight league games, after being held to a goalless draw by Leipzig last Sunday.

The spotlight falls on Hertha Berlin’s new caretaker coach for Saturday’s league game at bottom side Paderborn after Jurgen Klinsmann’s midweek bombshell, with the former Germany striker quitting after just 10 weeks in charge.

Having agreed to coach Hertha for the rest of the season, Klinsmann explained his abrupt decision by hinting at a power struggle with Hertha general manager Michael Preetz.

“You can do that in your youth, but not in professional business, where you have to fulfil agreements,” said the wealthy businessman.

Nouri, who has been sacked by Bremen and second-division Ingolstadt in recent seasons, has his work cut out rebuilding confidence as last Saturday’s 3-1 defeat at home to Mainz pushed Hertha towards the relegation places.