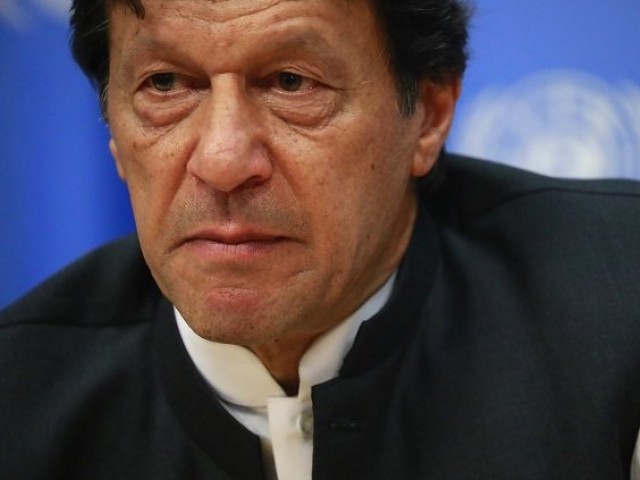 On January 26, during his meeting with the Chief Minister of Punjab in Lahore, Prime Minister Imran Khan lashed out at an “organised mafia” spreading negativity, crippling the positive administrative changes in the country and asserted that the PTI government would not take any pressure and face all the challenges coming its way. It is not the first time that the PM held the “mafia” responsible for generating unrest by fomenting wheat, sugar and other crises. He also lamented that there were “mafias” in the media, a statement which was strongly criticised by PML-N’s spokesperson on December 27, 2019.

The term “mafia” has become a popular connotation in today’s world. It is used to blame any failure or a mishap. Currently, it tends to attract the interest and attention of the people in Pakistan because of the growing economic and political crises. Mafias are blamed for corruption, nepotism and generating artificial crises of various food items. But, there is seldom any attempt to analyse the whys and how’s of the mafia and how it assumes so much power to negatively influence the lives of millions of people.

According to The Free Dictionary, mafia means “a secret criminal organisation operating mainly in Sicily since the early 1800s and known for its intimidation of and retribution against law enforcement officials and witnesses. It also means any of various similar criminal organisations, especially when dominated by members of the same nationality.” Dictionary.com defines mafia as “a hierarchically structured secret organisation allegedly engaged in smuggling, racketeering, trafficking in narcotics, and other criminal activities… a popular spirit of hostility to legal restraint and to the law, often manifesting itself in criminal acts.”

In its essence, mafia means a group of people who are together to protect their evil and corrupt designs. Mafias are also created as monsters by people who tolerate them and provide them with enormous space to manipulate things and take people hostage. The whys and hows of the mafia in Pakistan’s context need to be analysed in detail. First, there is the cultural acceptability of mafias because those supposed to resist such forces are disunited to prevent the loot and plunder of the country’s resources. Their silence leads to the emergence of monsters who become mafias because of the space they get in society. In the formative phase of Pakistan, there was no concept of mafias. There were people who were involved in small scale corruption and fraud but their reach and involvement to negatively influence people’s lives was minimal.

Second, with the passage of time, particularly in post-1971 Pakistan, the country drifted into the vicious cycle of corruption, misuse of authority, nepotism, genocide of merit and criminalisation of politics. When the PM says that there is a “mafia” sitting in most public sector bodies and it is entrenched in politics, he is unable to explain why these mushroomed in the span of a few decades. When the state is unable to ensure the rule of law and the justice system, mafias are bound to emerge. Moreover, the whys of mafias need to be understood by the marginalisation of those who are honest and possess sound character. If the mafias have destroyed Karachi Steel Mills, Pakistan Railways, PIA and other public sector organisations, then the responsibility lies with the state for allowing them to flourish in such organisations. It means that the state looked the other way as the forces of corruption and nepotism managed to penetrate and control the affairs of the state’s vital organs.

The silence of the silent majority as the mafias cause havoc to the country’s economy and politics is easy to understand because of the lack of awareness among the people about how these damage the country’s national interest by making it dependent on the IMF, World Bank and other international donors. Mafias also flourish when there is a lack of accountability and ownership of the country and an indifferent attitude of state actors and the society, providing the criminals space to get away with their misdeeds. Unfortunately, due to this culture of indifference, the majority has become a part of these mafias.

Third, the hows of the mafia are not difficult to gauge. It primarily relates to the nexus which shapes and strengthens the mafia as it ensures unity to sustain its criminal practices. Is it not true that every major political party has a mafia which supports the status quo and wants to sustain nepotism? Merit is not followed in most public sector organisations because of the mafias that resist change which can jeopardise their interests.

Unfortunately, educational institutions which should have been spared from these mafias are now controlled by them. Mafias have taken over universities and are killing merit by patronising undeserving people. A country is destroyed not militarily but by ruining its educational system. The politicisation of education that occurred after the break-up of Pakistan in 1971 which led to universities being inundated with incompetent and dishonest people instead of growing as centres of learning, is nothing less than the genocide of merit. The mushrooming of mafias degenerated academic standards and also promoted corruption. If most public and private academic institutions are run by such a mafia then the government is unable to save higher education from total destruction.

Bad governance, lack of accountability and nepotism are advantageous to mafias. The Chief Justice of Pakistan (CJP) rightly observed at the Karachi registry of the court on February 6 and 7 about the manner in which Pakistan’s largest city has been destroyed by mafias. But, even he is helpless in putting things in order. As much as the PM blames the mafias for all the ills in our society, as the head of the government, he is also unable to take steps against those responsible for the wheat, sugar, tomato and energy crises. Does this mean that the PM has also given up because if he tries to eliminate them, these mafias can surely destabilise his government?

The influence of mafias in Pakistan will deepen because those responsible for ensuring the rule of law, justice, national security and good governance have either joined them or surrendered to them. In case of Karachi, it is not only sugar, wheat, cement and fuel, but the tanker mafia also, which is costing the citizens Rs23 billion annually for water supply, which otherwise is the responsibility of the state. The people are also aware of the land and builder mafia who, with the connivance of official authorities, indulge in land grabbing and carry out unlawful and substandard construction. When the law is compromised, mafias get an enormous space. It seems that 220 million people of Pakistan will have to learn to live with these mafias.