Advise­r to the Prime Minist­er on Financ­e reveal­s plans in his maiden appear­ance in the Nation­al Assemb­ly
By Dr Pervez Tahir
Published: February 14, 2020
Tweet Email 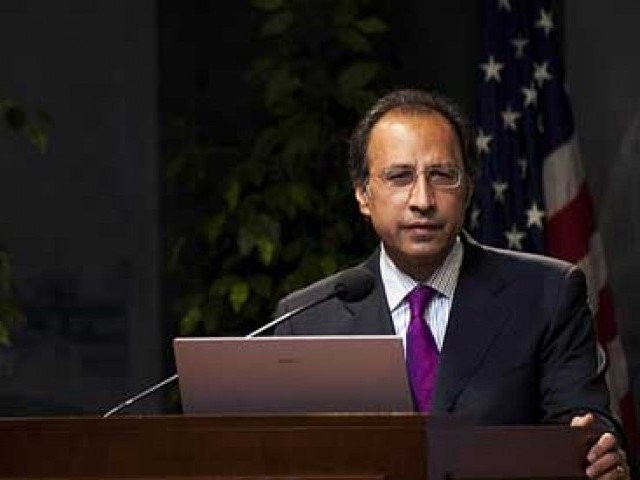 An AFP file photo of Adviser to the Prime Minister on Finance Dr Abdul Hafeez Sheikh.

It must be serious. The Adviser to the Prime Minister on Finance had to take time off from the crucial parleys with the IMF to make his maiden appearance in the National Assembly on Wednesday. For the most part, his speech was sound and fury, signifying nothing. Except for a U-turn for the better, the “U” standing for the Utility Stores Corporation (USC). To the inflation-stricken public, he offered the balm of a package to immediately supply through the USC atta (flour), sugar, rice and pulses at a subsidy of up to 25%. To improve access, he committed to expand the network of utility stores from 4,000 to 6,000 in the next few months.

And this is the rub. When the PTI took over the reins of power, the total number of utility stores was around 6,000. His colleague, the Adviser on Industry, in whose domain the USC lies, had other ideas. As a rabid free-marketeer, he wanted the USC closed down. In August 2018, all procurement was suspended. As it effectively amounted to closure, with a view to eventually privatising, the hue and cry raised by some 14,000 employees led to a question in the Senate. A resolution was also submitted in the Punjab Assembly demanding immediate reversal of the decision. In the Senate, the Adviser retracted to say that there was no truth in the news about the closure. He was only trying to rationalise the number of branches by shutting down stores that had “no business at all”. He did apply the axe then. That is why the number today is 4,000. The same Adviser was a member of the first cabinet of General Musharraf, holding the same portfolio. At that time too, an announcement to privatise or downright closure was made. He had to step back by offering the same excuse of closing down the loss-making stores. By April 2002, the number of stores was reduced to 372 from 542 in December 1999.

Ever since the scramble for solutions started in the wake of the official release of the highest inflation rate of the decade, every cabinet member starting with the first among the equals and the prime time yellers of the PTI have talked about the relief to be provided through the USC. But the person directly concerned with the USC has not said a single word. Perhaps there is a Bhutto connection here. The federal government ran 20 retail outlets under its Staff Welfare Organisation in July 1971. PM Bhutto took over these outlets to establish the USC. The purpose was to extend the service to the low-income groups in general.

What was said in these columns on September 7, 2018 bears repeating: “True, a regime of austerity cannot be escaped in the hard times ahead. But it is unfortunate to begin with those who can afford it the least. As he failed in the past to kill the USC, so will he fail now. Sooner than later, political economy considerations will take over. The Adviser, who has never been through an election, does not realise that the deepening as well as widening of deregulation and liberalisation has left nothing in the hands of a government accountable to the ordinary voters to deal with unusual and excessive price rises. Market-based policies can, and often do, leave the weaker sections of society high and dry. The USC provides a mechanism to intervene in such situations. It has survived all death threats before. The news of its imminent death is, in the words of Mark Twain, vastly exaggerated.”