Only a third of roughl­y $2 billio­n will actual­ly be used for the cause
By Reuters
Published: February 13, 2020
Tweet Email 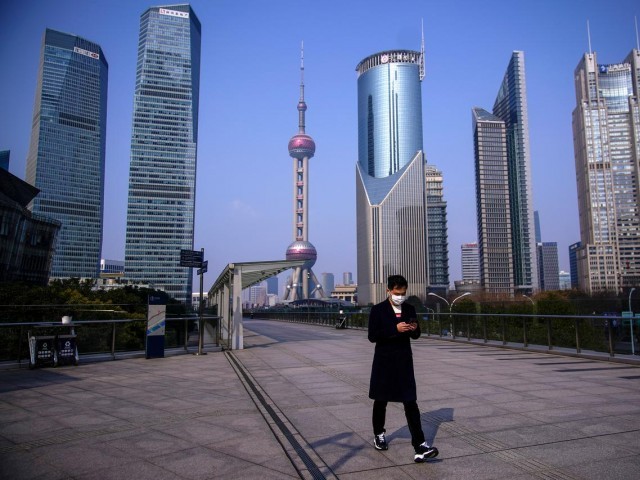 Only a third of roughly $2 billion will actually be used for the cause. PHOTO: REUTERS

SHANGHAI/HONG KONG: Chinese companies are rushing to access cheap funds via “virus bonds” as they capitalise on Beijing’s efforts to channel money into virus-hit areas of the economy, but prospectuses show most of the funds so raised will be used for other purposes.

A Reuters’ analysis reveals only a third of the roughly 14 billion yuan ($2.01 billion) being raised under a new fast-track regulatory process for “virus prevention and control bonds” will actually be used for the cause.

A top glass-maker, for instance, plans to deploy the bulk of the money raised to repay bank loans, and a property developer is raising money mostly to restock cash and repay debt.

Numerous companies ranging from drugmakers to food producers have announced plans over the past week to issue such virus bonds via the interbank market. But many say they will put just 10% of the cash in virus-related investments, a regulatory minimum for such issuance.

Some fund-raising plans raise the concern that these companies could be exploiting regulatory loopholes and possibly crowding out other struggling smaller firms.

Virus bonds go through a faster approval process that takes just days, rather than weeks for other types of bonds. They also carry yields much lower than on other debt as state-controlled banks are encouraged to buy such instruments.

The virus epidemic has killed more than 1,350 people and sickened 60,000 in China, stretching the country’s resources at a time when the economy is already slowing down.

The Shanghai Clearing House said on February 5 that the first batch of virus bond issuers completed their deals just one day after making disclosures.

Fuyao Glass Industry Group, a top Chinese glass-maker, is raising 600 million yuan via a three-year virus bond, but the company said 500 million yuan will be used to repay bank loans.

The company said that 60 million yuan, or one-tenth of the proceeds, will be used to produce glass for ambulances, which are “indispensable resources” in virus-hit zones.

Huafa Group, a property developer in southern Guangdong province, said it is raising 1 billion yuan to fight the virus, citing the company’s 20 million yuan worth of donations to the Red Cross. Half of the proceeds will be used to replenish liquidity and the rest will be used to repay debt, it said.

Xiamen Airlines and Shenzhen Airlines are also issuing virus bonds, but will use most of the money to refinance debt.