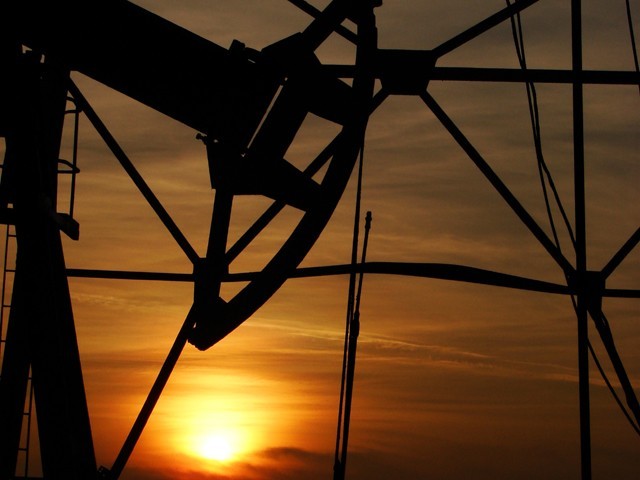 Oil demand in China, the world's second-largest crude consumer, has plunged because of travel restrictions and quarantines. PHOTO: AFP

LONDON: Oil prices fell on Thursday after OPEC and IEA reports cut back demand forecasts for this year on the back of coronavirus outbreak in China, the world’s biggest oil importer.

Oil demand in China, the world’s second-largest crude consumer, has plunged because of travel restrictions to and from the country and quarantines within it.

Hubei province, the epicentre of the outbreak, said on Thursday that the number of new confirmed cases there jumped by 14,840 to 48,206 on February 12 and that deaths climbed by a daily record of 242 to 1,310, reflecting changes to the diagnostic methodology.

Oil refiner China National Chemical Corp on Thursday said it would close a 100,000-barrel-per-day (bpd) plant and cut processing at two others amid falling fuel demand.

The International Energy Agency (IEA) expects oil demand in the first quarter to fall for the first time in 10 years before picking up from the second quarter. The agency cut its full-year global growth forecast to 825,000 bpd.

“(It’s) worth noting that these forecasters are for now assuming a V-shape recovery in oil demand, with the bulk of the impairement concentrated in Q1 2020,” BNP Paribas analyst Harry Tchilinguirian told the Reuters Global Oil Forum.

On the supply side, the Organisation of the Petroleum Exporting Countries (OPEC) lowered its 2020 demand forecast for its crude by 200,000 bpd, prompting expectations that the producer group and its allies, known as OPEC+, could agree further cuts when they next meet, possibly as early as this month.

Brent and WTI have fallen more than 20% from their January peak because of the disease outbreak.

Lower fuel demand expectations because of the virus have also shifted the market structure for both Brent and WTI into a contango, when prompt prices are lower than those for later dates.

The six-month spread of Brent futures contracts LCOc1-LCoc7 is at about minus $0.67.

Reflecting a well-supplied market, US crude inventories in the week to February 7 increased by a more-than-expected 7.5 million barrels to 442.5 million barrels, the Energy Information Administration said on Wednesday.