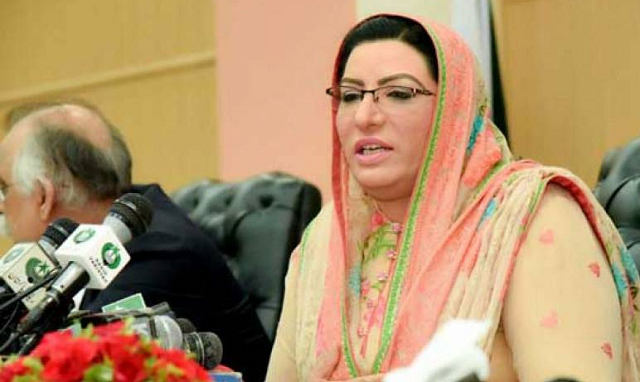 ISLAMABAD: The government on Thursday tried to allay growing concerns over its social media policy maintaining that it was aimed at protecting citizens as opponents of the new rules feared that they might be used to stifle online dissent and free speech.

The new law, Citizens Protection (Against Online Harm) Rules, 2020, requires all social media companies including YouTube, Facebook, Twitter and TikTok to register within three months and establish their offices in Islamabad.

They will have to create a data server in Pakistan within a year and block any account or prevent or remove any content that “violates or affects the religious, cultural, ethnic, or national security sensitivities of Pakistan” and is “involved in spreading of fake news or defamation”.

The new rules have sparked a controversy with many claiming that the PTI-led government would use it as a tool to stifle criticism of its policies under the premise of national security.

“Rules are enacted for the facilitation of users and for the protection of national interest,” Special Assistant to the PM on Information and Broadcasting Firdous Ashiq Awan said at a news conference in Islamabad.

“Social media companies would be bound to remove objectionable material within six to 24 hours under the new law,” she added.
“The tech giants would also be required to open their offices in Pakistan, register here and share their data bank with the authorities.”

The PM’s aide went on to say that the government had formulated a new policy because it had no mechanism for the regulation of the social media to stop the spread of blasphemous content and hate material against the country.

In case of violation, she said, the companies might face a ban. However, they would have a right to appeal in the court, she added.

“After the implementation of these rules, the payment of millions of dollars to social media companies would also be regulated through a mechanism.”

Taking to Twitter, Federal Science and Technology Minister Fawad Chaudhry claimed that the new social media policy was an “economic” decision and not a “political” one.

“Digital media advertising will be far bigger than formal media. No country may afford such outflow of money without framework,” he wrote.

Later speaking to reporters, he insisted that it was necessary to regulate social media because it was being used to spread slanderous content. “Common users [of social media] won’t be affected by these rules,” he said, adding that the new policy would help clamp down on those using fake accounts.

Speaking to Reuters, Shoaib Ahmad Siddiqui, the top official at the ministry of information technology that authored the regulations, said the new rules would help “identify and weed out unwanted and slanderous online content.”

“We needed to do it to uphold the integrity, decency and respect of individuals and sanctity of institutions,” he said.

Nighat Dad, who runs the not-for-profit Digital Rights Foundation in Pakistan, said the new rules would give the authorities unflinching powers to stifle social media. “The worrying part for me is that the definition around extremism, religion or culture is so wide and ambiguous and that means they have these unfettered power to call any online content illegal or extremist or anti-state,” she added.
“I do fear that this will be used against dissent, free speech and for political gains.”

Farieha Aziz, founder of Bolo Bhi, a digital rights advocacy group, also voiced concern. “This is the kind of overreach we were worried about,” she said. “They’re trying to go beyond the ambit of the law, trying to go above and beyond what the law allows them to do.”